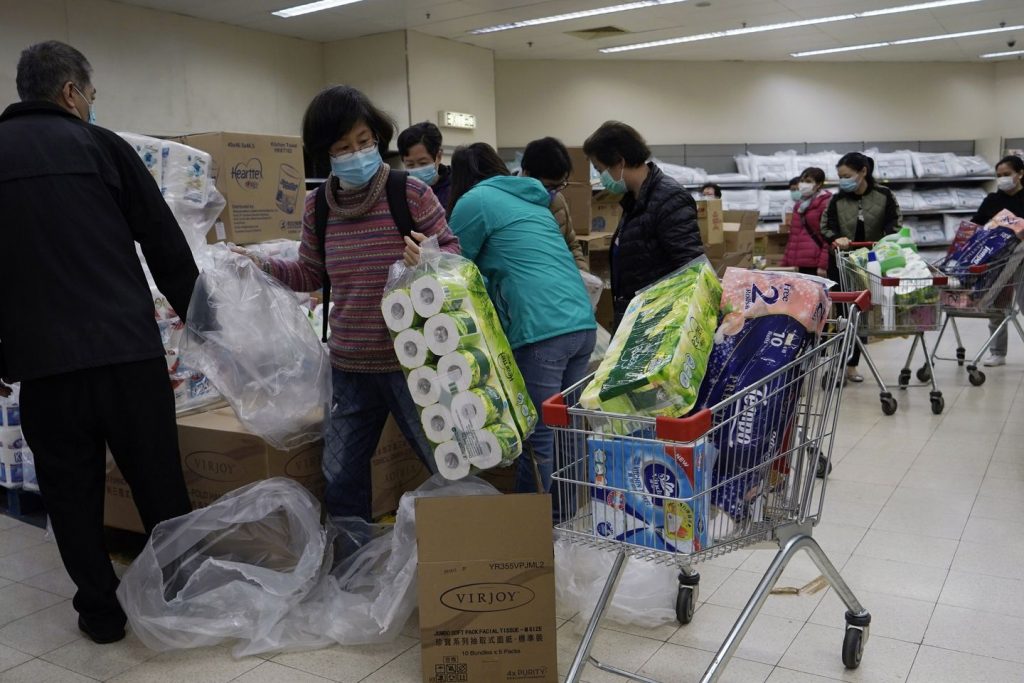 The toilet paper run that occurred last week was due to mainland Chinese manufacturers shifting their focus to making face masks.

The rumors started first-hand on Chinese social media posts. But this view was supported by some American news outlets, including Bloomberg and the Washington Post, which wrote reports elaborating on such views.

According to a report by Bloomberg, companies in the mainland are now making masks instead of their original products. It pointed out that even carmaker BYD Co. has shifted to making masks.

“It’s no surprise that companies are now making masks, including automakers such as BYD Co. and Guangzhou Automobile Group Co. But this shift has stoked its own form of panic,” the article reads.

“When China’s fourth-largest tissue-paper brand, Guangdong-based C&S Paper Co., said it purchased five production lines with a daily capacity of about 350,000 masks, speculation was rife on social media about possible disruption to the paper-goods supply chain.”

The news outlet attributed the recent toilet paper run to the shift. “This helps explain why Hong Kong had a toilet-paper run last week: The likes of C&S might just be too busy making surgical masks,” the news outlet wrote.

On the contrary, Hong Kong news outlet HK01 showed the other side of the coin, based on the findings of a Big Data research engine.

According to HK01, the saga started on February 5, when more than 800 discussions on the supply of toilet paper were found on two Hong Kong forums.

These discussions hinted that toilet paper would go out of stock, along with rice, in the days that followed.

It was believed that the suspension of operation of mainland factories was the cause of the run. Due to the Covid-19 outbreak, the Central Government in Beijing ordered an extension of the Lunar New Year holiday.

In Macau, netizens admitted they had come across posts on WeChat, and its foreign counterpart WhatsApp, in addition to Facebook, about the shortage of daily necessities, such as rice and toilet paper.

The posts reasoned that the indefinite closure of toilet paper plants in mainland China would cause a shortage in Macau. The claims of “indefinite closure” were incorrect however, as the Central Government has only ordered that the holiday be extended to February 2.

Amid the supermarket run, the Macau government stressed several times that supply to Macau would be secure and residents should relax.