2015 warmest year on record for Macau 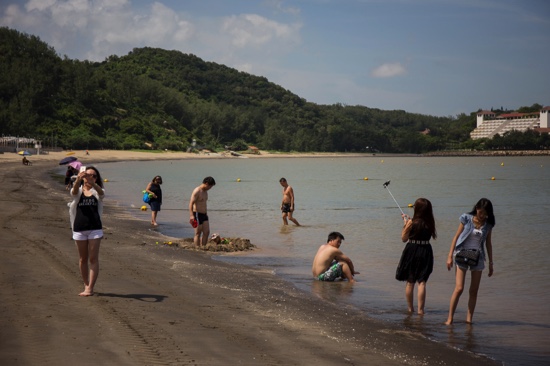 According to the Macau Meteorological and Geophysical Bureau (SMG), 2015 was the warmest year recorded since the official establishment of the organization in 1952.
The average annual temperature in the MSAR throughout last year was 23.2 degrees Celsius, 0.6 degrees higher than the annual average as measured between 1980 and 2010.
According to SMG, the number of days in Macau with a minimum temperature below 12 degrees Celsius numbered only two. By comparison, the average number of days in a year below 12 degrees is eight.
Perhaps most striking were the recorded temperatures for November, for which SMG noted an air temperature 2.0 degrees above the normal for the month.
The meteorological agency told the Times last week that the temperatures in the first two weeks of this year are very similar when compared to those in 2015, the warmest year on record.
The Metrological Division Chief, Tang Iu Man, said that the El Niño effect – the band of warm water that develops in the Pacific Ocean in some years –
is partly behind the explanation for the incremental rise in temperature.
“The reason for 2015 being the warmest year is due to the unusual atmospheric circulation related to the El Niño event and the global warming condition,” Tang explained.
The El Niño effect generally results in high air pressure in the eastern Pacific. The consequences of the increased air pressure results in higher-than-­average temperatures in the summer and autumn months, and a more humid and rainier winter.
“We predict that the intensity of this climactic phenomenon is going to endure during this winter, gradually slowdown in the spring,” a representative of SMG told the Times.
Typhoon activities in the South China Sea were below normal, the agency added. Meanwhile, the Hong Kong Observatory announced that the HKSAR also enjoyed its warmest year on record in 2015, with an average yearly temperature of 24.2 degrees Celsius, slightly higher than in Macau.
According to the World Meteorological Organization’s preliminary assessment, 2015 may have been the warmest year globally since records began in 1850. Staff reporter

Hong Kong and the surrounding areas are bracing for a cold snap that is expected to strike on the weekend. The cold weather is the result of what is being described as an “intense” polar vortex that authorities have warned could hit the New Territories. There is speculation that the cold weather, which could last into next week, may bring frost, ice, sleet or even snow to the territory. The SCMP reports that the Hong Kong Observatory predicts urban areas may be spared from the winter weather phenomenon. Meanwhile, internet-based weather forecasts for this weekend show that temperatures in Macau could drop to as low as 5 degrees Celsius on Sunday night, and may not recover to the month’s historical averages until January 27.