4 questions to… Jorge Menezes: ‘This sentence turns the whole purpose of the law upside down’ 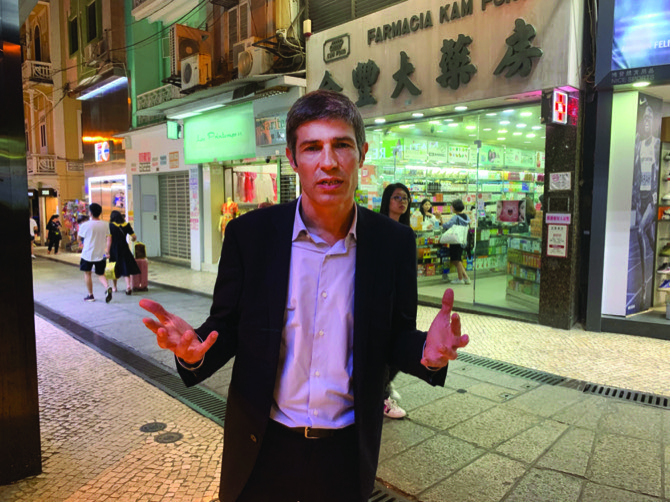 Macau Daily Times (MDT) – The Court of First Instance yesterday found Scott Chiang guilty as charged but reduced the fine penalty. How do you read this?

Jorge Menezes (JM) – The court found Scott Chiang guilty again. The penalty was slightly reduced, but that was not a judgment about his alleged guilt, but a consequence of his family situation. Therefore, it is not significant. What is of relevance is the fact that, in a region that should follow the constitutional principle of the rule of law, someone was found guilty of a criminal offence for exercising a fundamental right for [the] purposes of protecting the public interest. This turns the whole purpose of the law upside down. One wonders whether fundamental rights are becoming fundamental obligations…

MDT – You have appealed to TSI against the one-session re-trial, why? In which terms?

JM – We lodged an appeal against the decision not to allow a real trial. The Court of Second Instance determined that the defence for one type of crime does not count as defence for another type of crime and, therefore, it clarified, that the defence could make “any request as … it wishes to make”. The lower court, however, denied such a right, including the right to submit evidence and discuss matters of fact. Even barring the defendant from his right to be deposed in trial. It was not a trial in its legal sense, but a hearing between lawyer, prosecutor and judge.

MDT – Are you going to appeal the sentence as well?

JM – Yes. Hence, the Court of Second Instance will be called to decide on two appeals, one centred on procedural rights of fair trial, the other on more substantive issues of justice and legality.