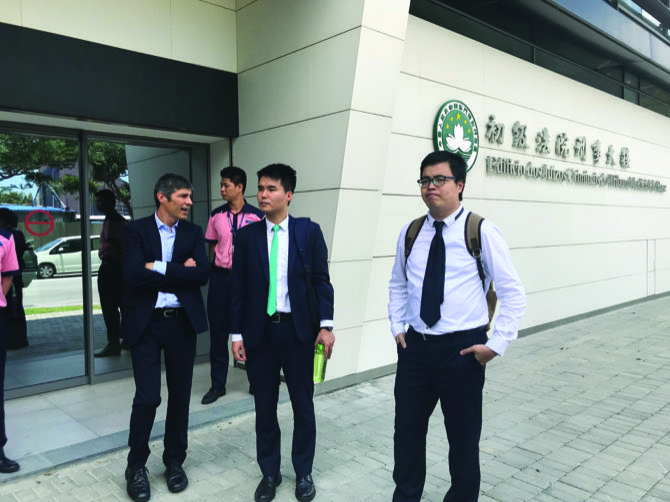 Pro-democracy activist Scott Chiang was found guilty yesterday by the Court of First Instance (TJB) in a retrial for the crime of illegal assembly. Chiang was fined MOP24,000.

Chiang’s case was first heard last year by the lower court, along with co-defendant lawmaker Sulu Sou, who was at the time suspended from the Legislative Assembly (AL) pending the trial. Both were found guilty and fined.

Although Sou didn’t appeal the sentence so as to resume his work at the AL, Chiang, who was sentenced with a MOP27,000 fine, went on to contest the TJB’s ruling with the Court of Second Instance (TSI).

The second court ruled for the retrial because the TJB changed the initial charge of civil disobedience and instead trialled the defendants for illegal assembly.

Beforehand, the defence also lodged an appeal against the decision “not to allow a real trial,” Menezes said in an interview to the Times published on back page. PC