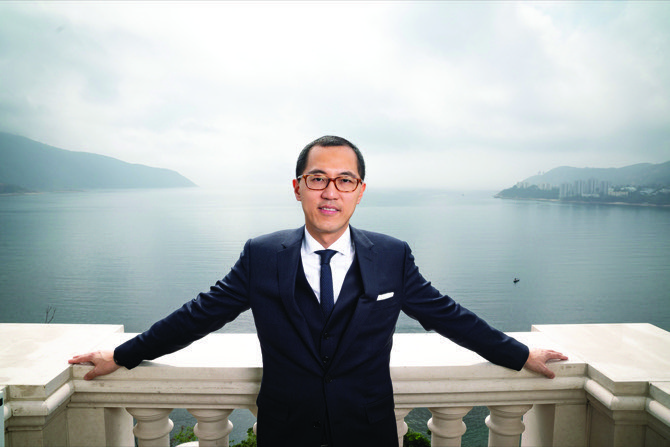 The world’s ultra-rich are used to bespoke touches in life, from custom-made suits to tailored financial advice. But what happens when you apply that approach to property, and take it to the extreme?

Hong Kong businessman and former JPMorgan Chase & Co. banker Loewe Lee has the answer in a cluster of homes nestled on a piece of land overlooking the South China Sea. It’s prime real estate, but the appeal doesn’t stop there.

Five of the seven houses have been painstakingly fitted out with everything a modern multimillionaire could want. Persian carpets cover the floors, and the kitchen cabinets are filled with cut crystal and Christofle cutlery. There’s art on the walls and coffee table books arranged just so.

All a buyer need do is bring a suitcase, and USD75 million (for one dwelling, that is).

“We’re aiming these at well- to-do, well traveled, sophisticated people who might have gone through the process of creating a home many times,” said Lee, 39, the fourth generation of a family that made its fortune in grandfather clocks and quartz watch movements. “They tell us it’s quite a nightmare.”

So time poor, and cash rich: Hong Kong, the world’s least affordable property market and Asia’s preeminent financial center, should have plenty of those.

Still, it’s an unorthodox approach to selling ultra-luxury homes, particularly when buyers who can afford to spend that sort of money can also afford to hire interior designers and style consultants.

Lee, the managing director of Hong Kong-listed National Electronics Holdings Ltd., whose property arm teamed with BPEA Real Estate on the project, says attention to detail is a key point of difference.

Dressed in a crisp three-piece suit with white pocket square, Lee is keen to highlight design features that may escape the untrained eye, from the way patterns in the hand-picked slabs of Carrara marble dovetail, to the pull-down leather tray in the walk-in closet that makes accessorizing while dressing easier. (He jokes that his wife often ribs him about his extensive collection of Hermes wallets.) The development also boasts landscaped gardens, a spacious car park, and each house has its own infinity pool.

Two of the homes have been designed by Paris-based duo Gilles & Boissier, whose projects have included New York’s Baccarat Hotel and the Mandarin Oriental in Marrakech. They’re cool and contemporary, with a muted color palette and restrained finishes. More ornate are the two others by local architect Joseph Fung. Doused liberally with gold and red, their baroque style should appeal to mainland Chinese buyers.

The fifth, which hasn’t been revealed to potential buyers yet, is by Michele Bonan, whose work Lee discovered when staying at the Hotel Portrait Suites in Rome. Lee liked the Italian designer so much he commissioned him to design the interior of his Benetti superyacht.

The seven-home development (two will be sold unfurnished) is the first property project Lee has overseen from start to finish, following in the footsteps of his father Jimmy Lee, who branched from watch making into luxury houses in the early 1990s.

“Loewe has his father’s passion and attention to detail. He flew someone in from Italy to paint a mural, which took a month,” said Richard Yue, the former director of investment at AIG Global Real Estate, which has developed Hong Kong residential projects with the Lee family in the past. “We sold to the very, very elite of Hong Kong.”

These villas should sell for around HKD125,000 per square foot, or about HKD606 million ($77 million), according to Alan Man, a broker at Engel & Volkers. They’re located in an area of Hong Kong known as Tai Tam, about 30 minutes drive from the central business district.

“There’s limited supply and the last development in that area was in 1996,” he said. The Lees “have a brand, and people know their quality and reputation.” Frederik Balfour, Bloomberg 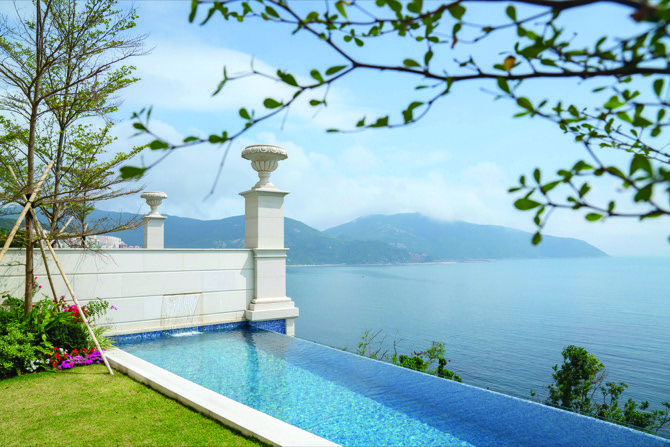 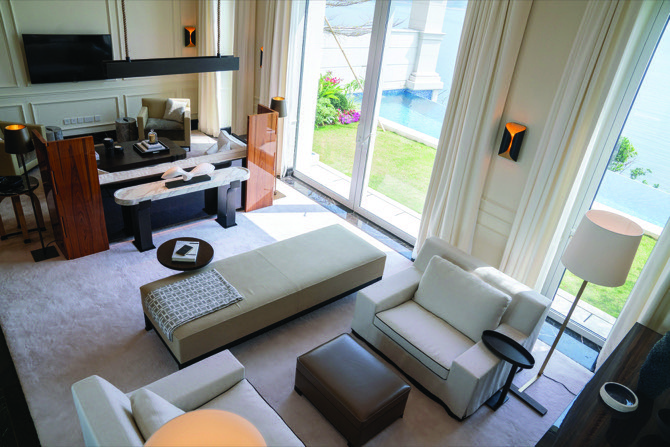 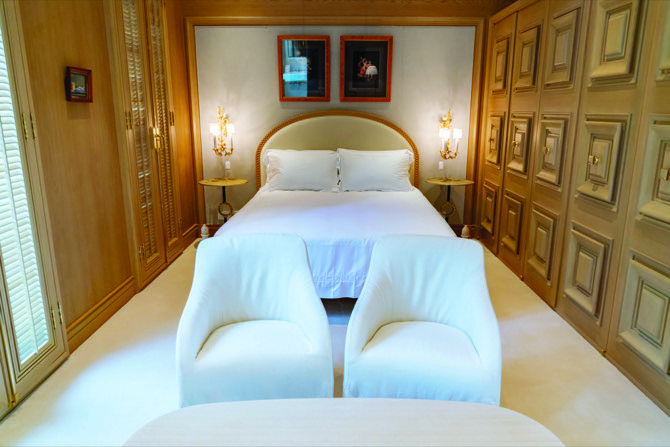 A bedroom at one of the mansions Photographer: Anthony Kwan/Bloomberg 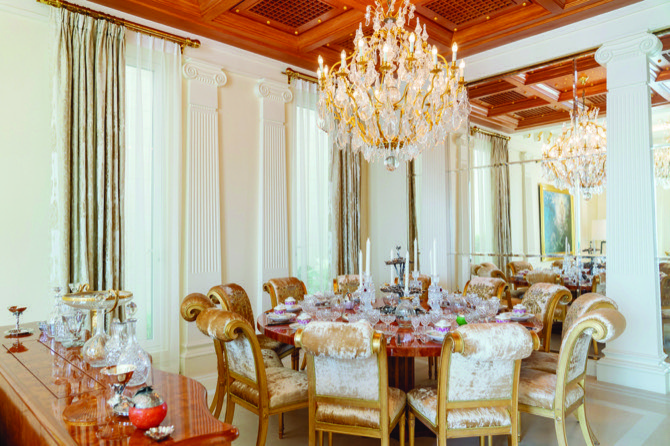 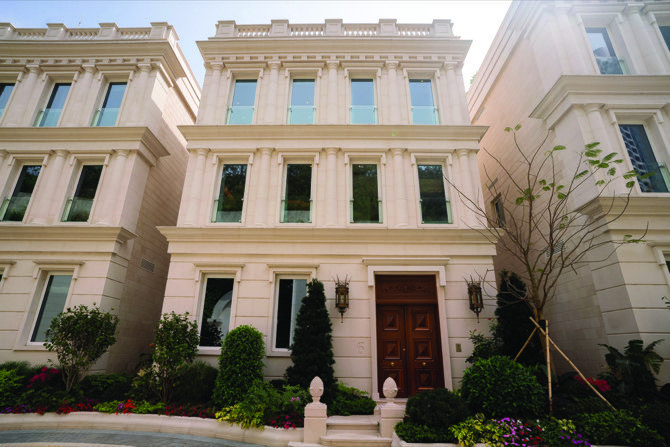 One of the houses developed by National and BPE Asia Real Estate. Photographer: Anthony Kwan/Bloomberg