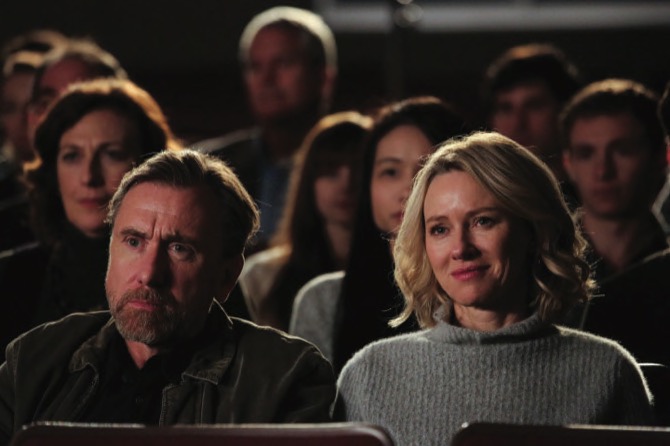 Tim Roth (left) and Naomi Watts in a scene from “Luce”

Be yourself is a loaded idea for any 17-year-old, but especially for one Luce (pronounced “loose”) Edgar, the title character of director Julius Onah’s riveting adaptation of JC Lee’s play “Luce .”

In this simmering drama, complex themes of race, privilege, youth, family and parenting are poked at, deconstructed and left scattered all over the frame for the audience to piece back together however they see fit. It’s a perfectly crafted cocktail of vision, talent and script that will leave your mind spinning for days.

Luce (Kelvin Harrison Jr.) is the adopted son of two white parents, Peter Edgar (Tim Roth) and Amy Edgar (Naomi Watts). He’s a model student, charming and polite to adults and peers, a talented athlete and has a bright future in front of him. Current accolades aside, his background makes him even more tantalizingly perfect as far as college admissions counselors are probably concerned (because what else matters in upper middle-class suburbia?). You soon find out that Peter and Amy plucked this former child soldier from his war-torn African home and plopped him down in the tony suburbs of Arlington, Virginia, to raise him starting at age 7.

And everything seems to be going great. Everyone loves Luce, except for Harriet Wilson. Played by Octavia Spencer, Harriet is a no-nonsense history teacher who infuses her own worldview into lessons — especially those about race and justice — much to the annoyance and exhaustion of her students. And in a class assignment where her students assume the voice of a controversial world leader, she believes she sees something concerning about Luce. When she finds illegal fireworks in his locker, she becomes even more convinced that there might be a sociopath beneath the smarts and charm and decides to tell his parents about her suspicions.

What follows is an enthralling portrait of what happens when doubt begins to creep into relationships, made more heightened and dramatic by the facts of Luce’s childhood and the high-pressure expectations of his current surroundings. Everyone is merely trying to do what they think is best, which often backfires in deliciously unexpected ways, making the situation even more complex and dire. Often times just when you think you’ve got a handle on things, characters will pivot or new information will be introduced and you’re left piecing things together yet again.

The script and acting is top notch and the four leads (Watts, Spencer, Roth and Harrison Jr.) all get their own arc throughout the film. It wouldn’t be at all surprising to see any of their names on awards lists later this year.

Although it’s might not be all that surprising that Watts, Spencer and Roth deliver masterful performances, it’s possible that some audiences will just be meeting Harrison Jr., who gives a nuanced and star-making turn as the titular character. He’s got an impossible-to-resist charisma, and it’s easy to see why everyone falls for him. But beneath the flirty smile and bewilderment that anyone might suspect ill of him, there’s also a provocative menace lurking. Is it just the normal rebellion of a too-smart and too-controlled teenager pushing back against the expectation of perfection? Or is there something more sinister happening? And does it matter? Harrison Jr. strings the audience, and the other characters, along both paths. I can’t even promise a tidy conclusion, but it’s a fascinating journey.

And Onah, who also directed the underwhelming “Cloverfield Paradox,” has come back to prove his merit and then some as a director to watch. In “Luce,” it’s clear he has style and vision, but he also knows enough to let the story be the centerpiece and not try to push against its theatrical origins. In other words, that it feels like a play is not necessarily a bad thing. Lindsey Bahr, AP Film Writer

“Luce,” a Neon release, is rated R by the Motion Picture Association of America for “language throughout, sexual content, nudity and some drug use.” Running time: 109 minutes.