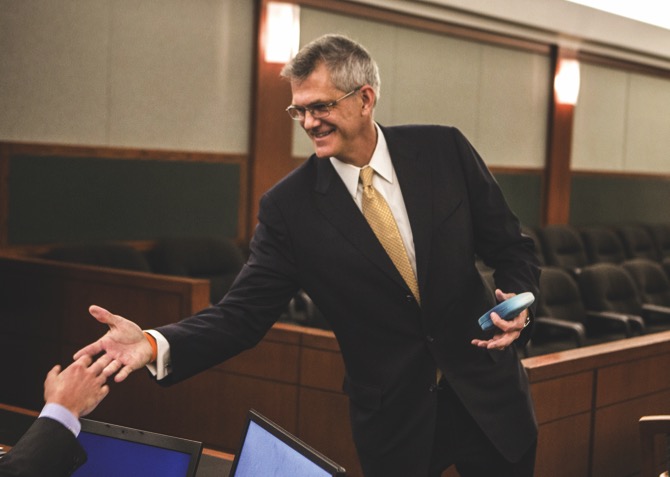 Sheldon Adelson ended his six-year legal fight with the former head of his Macau casinos whose allegations of “outrageous and illegal” demands by the billionaire Las Vegas Sands Corp. chairman prompted a U.S. Securities and Exchange Commission investigation.
A confidential settlement was reached between Steven Jacobs and the company, according to a June 1 statement by Sands China Ltd. to the Hong Kong Stock Exchange. The case had been scheduled for trial this year in Las Vegas after Sands lost its latest petition to the Nevada Supreme Court to have the judge removed.
Jacobs sued in 2010 after he was ousted in a falling out with Adelson. He accused Adelson of directing him to collect evidence on Macau government officials that could be used to “exert leverage” on them to thwart regulation unfavorable to Sands casinos. Adelson has repeatedly denied Jacobs’s allegations and accused him of commissioning the investigation on his own accord.

The lawsuit led the SEC and Justice Department to probe whether Sands violated U.S. laws against bribing foreign officials. In April, Sands agreed to pay USD9 million to settle the SEC’s claims it failed to properly document payments to a consultant facilitating business activities in China and Macau. The company didn’t admit wrongdoing as part of the accord.
The company was frequently unable to account for more than $62 million in payments through a series of transactions from 2006 through at least 2011, according to the SEC.
Jacobs’s 2010 suit had been tied up for five years during a fight over whether a Las Vegas court was the proper venue for his claims against Sands China.
Nevada District Judge Elizabeth Gonzalez ruled last year that the case could proceed in Nevada, following numerous conflicts over what evidence Sands had to provide to Jacobs, sanctions on the company for not providing the evidence, and repeat trips by Sands to the Nevada Supreme Court to challenge Gonzalez’s rulings.
Todd Bice, a lawyer for Jacobs, didn’t immediately respond to an e-mail after regular business hours seeking comment on the settlement. Edvard Pettersson, Bloomberg