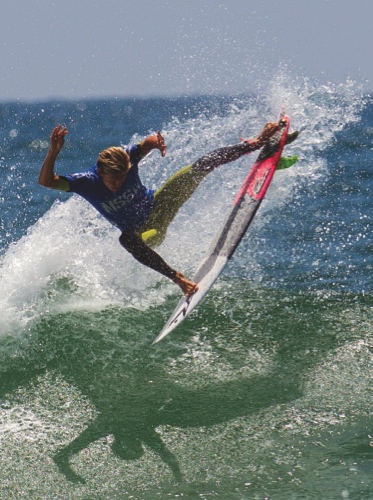 Itching to catch a wave? Try Madagascar.
The island nation in the Indian Ocean has become the 86th member of the International Surfing Association as part of a drive to promote the sport in Africa, the California-based association said. Madagascar offers more than 4,800 kilometers of coastline that have been largely unexplored by the global surfing community, it said.
“It’s world class,” Blair Rogers, a surfing tour operator in southwest Madagascar, said yesterday. He described the “perfect, uncrowded” waves as comparable to those in Indonesia and other top surfing destinations.
Madagascar’s tourism industry has suffered because of political tension in the impoverished country, which has more than 20 million people. A new president was inaugurated in January amid hope that the country would recover from instability following a 2009 coup.
In October, a mob killed two Europeans and a local man on Nosy Be, a major tourist island near the northwest coast of Madagascar. The mob reportedly suspected the victims of organ-trafficking.
Such episodes are rare and visitors who are initially apprehensive about the security situation soon relax, said Rogers, who is originally from New Zealand. Business has picked up since he opened his surfing tours a year ago, he said. Many of his clients come from France, Germany and Switzerland, and more are arriving from Australia and South Africa, he said.
Some of the best — and most remote — surfing in Madagascar can be found at atolls and outer islands that require a guide and charter boat, according to surfing companies.
Madagascar is the 14th country in Africa to become a member of the International Surfing Association, joining Nigeria, Namibia, Senegal, South Africa and other countries on the continent, the group said in a statement last week. Membership integrates the country with the global surfing body and gives it access to coaching, judging and other educational programs.
Many surfers settle for no-frills accommodation close to the best waves. But Brice Jacobson Andrianirina, a water sports official in Madagascar, described surfing as a potential driver of tourist spending, saying: “We are very happy.” AP