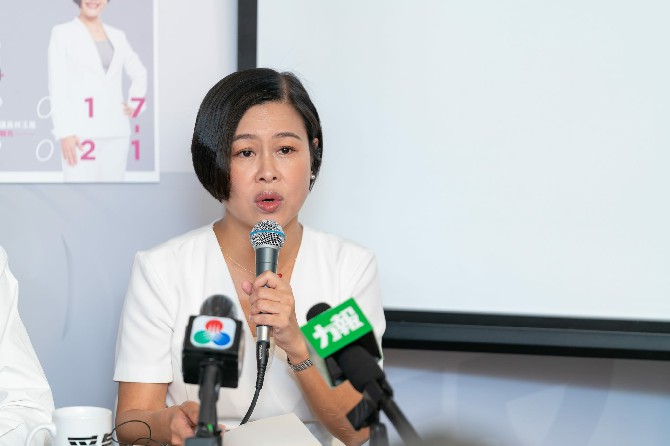 Reports indicate that that non-Chinese local residents who speak the local language but who nevertheless cannot read or write characters may be suffering from discrimination in the job-market.
According to Agnes Lam, who is a candidate for the upcoming Legislative Assembly (AL) elections and the leader of the Macao Civic Power, she has received between 20 to 30 complaints about the issue.
Lam raised the matter in a press conference held by the group to review her work in the 2017-2021 AL term.
“Western BIR holders [are facing] employment issues. We’ve received cases [of these group that can] speak Cantonese fluently but cannot read or write Chinese [characters] that are finding it difficult to find a job,” Lam said.
“This would be a kind of equal opportunity issue. We want to raise this issue as well but I don’t think now is a good timing because there are more people losing their jobs.” Lam thinks that it is unsurprising that such an issue might arise in the current economic climate.
However, she pledged to follow the matter up if “there would be anything related to discrimination.”
Earlier in June, Lam submitted nominations for this year’s AL election, which will take place on September 12.
As in previous elections, the lawmaker and her list will run under the name of Civic Watch. Lam revealed that the team will consist mostly of professionals from various industries, such as education, culture, engineering, medicine and law.
The candidate pledged to prioritize employment opportunities in her electoral platform, noting that the current employment rate is facing a downturn due to the pandemic.
“I didn’t put the employment issue before [in my electoral campaign] but this time we’ll emphasize it because people have started to lose their jobs. Some [are still] on no paid leave, so the economy and employment issues will be something that we want to tackle in the future as well,” said the candidate.
Looking back over the past four years, Lam highlighted that she has always advocated for a better society and promoted the optimization of government policy.
She said that the group has achieved results in areas such as the livelihood ordinary people, urban infrastructure, cultural conservation, rights for the disadvantaged, and education.
Over her term in the AL, the group received 1,032 requests for help, of which 90% (936) have been followed up, involving more than 5200 citizens.
She also recalled that since October 2017 she has exercised the opportunity, as a member of the AL, to submit weekly written questions to the government on issues of public concern and also that she has also helped with cases referred to the association every week.