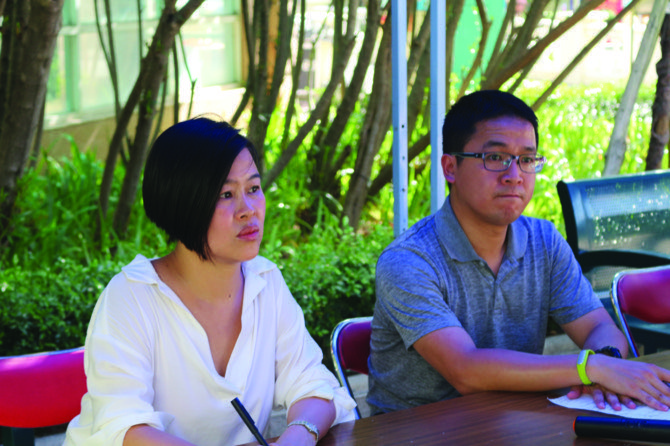 It is recommended that local small and medium-sized enterprises (SMEs) be more eco-friendly business if they want to operate in the Greater Bay Area, Agnes Lam told the Times on the sidelines of a seminar yesterday.

“If you read the paper from the central government, it is clearly stated that nothing that is highly polluting will be allowed [in the GBA]. So they encourage environmental protection or environmentally-friendly business only,” Lam told the Times.

“They are not buying the idea of how important that will be,” Lam stated. “They don’t see the market potential for doing green business.”

People, especially middle- class people who live in the Greater Bay, care more about environmental protection since the area is the wealthiest in China, according to Lam.

“This is the richest region in China, so we potentially have a big enough group of middle-class people, and traditionally, they are more open to environmental controls,” said Lam.

However, the lawmaker criticized Macau’s mentality of thinking of itself as more advanced than other regions.

“In Macau, we think that we are more advanced here, in terms of policy. But actually, if you are talking about environmental protection, you may not be correct,” Lam indicated.

According to statistics from the Small and Medium Enterprise Bureau of Guangdong province, in 2017, Guangdong had approximately 10 million SMEs, ranking first in the country.

Questioned by the Times, Lam expressed no concerns about local SMEs’ survival due to GBA integration.

“Actually, I don’t really [worry] about their survival because of the Greater Bay Area. I think what’s really hurting them is globalization,” said Lam. “If they are able to brand themselves, maybe there will be more chances for them. They need to know their advantages as a Macau enterprise. We are not just talking about going there and opening a shop.”
“When we talk about the Greater Bay Area, [companies] from the nine mainland cities, they would like to work with capitalism. They want to work with Hong Kong and they also want to work with Macau,” Lam stated, referring to the free port status of the two Special Administrative Regions.

The Macau SAR government has highlighted that the local government is seeking to enhance Macau youths’ understanding of the development and opportunities available in the Greater Bay Area and enhance their interest in working on the mainland side.

“I think the government, when they are talking about the Greater Bay Area, they need to include SMEs. They should not just include young people,” said Lam. “SMEs should be our strategic partner. I think they need to think about how they are going to help SMEs, and how to bring them into the project and let them grow.”

“Because if they grow, they are not going to leave Macau; they are going to make Macau bigger,” said Lam.