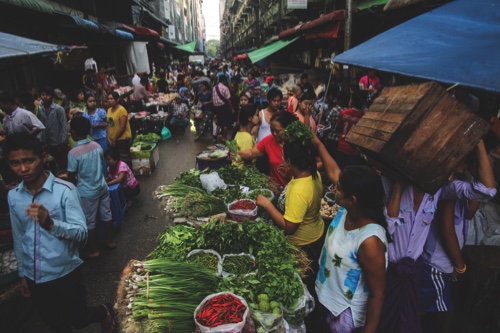 The Myanmar Overseas Employment Agency Association signed a memorandum of understanding with the Macau Overseas Employment Agency Association aiming to bring 5,000 Burmese migrant workers to Macau per year. The agreement was signed last week at the country’s capital, Yangon.
“Macau is to take in about 5,000 Myanmar workers, mainly for the service industry and construction,” said the head of the Macau Overseas Employment Agency Association, Kuong Kao, cited by the BBC. He added that his agency seeks to recruit Myanmar workers as soon as possible.
The memorandum follows a similar agreement that was signed in September in Macau, which coincided with the establishment of the Macau Myanmar Human Resource Agencies Federation (MMHRAF).
The inauguration ceremony of the leadership of MMHRAF took place on September 25. Tim Wong told the media that there are currently around 2,000 Burmese staff working in Macau. He thinks that the number will increase significantly in the coming two to three years.
“We can foresee that casino projects will be completed in the next two to three years. (…) Therefore, we have estimated that the number of workers will rise significantly,” he said.
Mr Wong predicted that there will be 50,000 new job vacancies in the near future. He also pointed out that the cost of Burmese laborers, whom he described as very hardworking, is low. “Hence, we see that there is this trend [to hire Burmese workers],” he said.
Mr Wong told the Times that most overseas Burmese were usually in the catering, service and construction industries, as well as domestic workers. According to him, the local salary level is more competitive than other countries and cities in Asia, which also serves as a pull factor for Burmese workers.