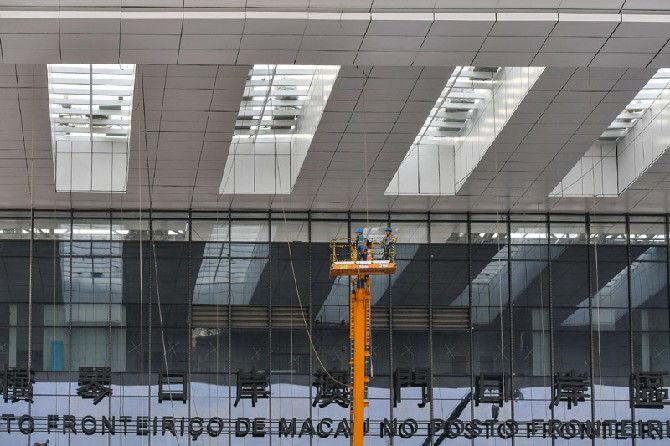 The SAR government has not revealed the details of rental prices for the land plot in Hengqin that Macau plans to use as a future immigration facility, according to the Chairman of the Second Standing Committee of the Legislative Assembly (AL).
Yesterday, the committee held the first meeting to discuss the bill related to the future Macau port on the Hengqin border gate.
After the closed-door meeting, Committee Chairman Chan Chak Mo reported that the Macau SAR government will rent the land for Macau’s immigration checkpoint at the future Hengqin border building.
The rental period will last from the opening date of the facility until December 19, 2049. Before the expiration date, the Macau immigration facility will be under Macau’s jurisdiction.
Chan said he was not aware about the rental price because the rent is a negotiation between the SAR government and the state. Similar to the future port, the local government is paying rent to use the land under the current University of Macau campus which covers approximately 1.09 square kilometers. The Macau government is paying approximately 1.2 billion patacas to use the land until 2049.
Macau will administer the Macau immigration facility, the Lotus Bridge, the future project connecting Hengqin port and the University of Macau campus and the reserved space for the future connection of the Light Rapid Transit to Hengqin port.
Originally, the local government announced that the port could open in the first quarter of this year. Yesterday, Chan indicated that the scheduled opening may not be realized due to the epidemic outbreak.
This Friday, the committee will invite government representatives to attend another meeting regarding the bill. JZ