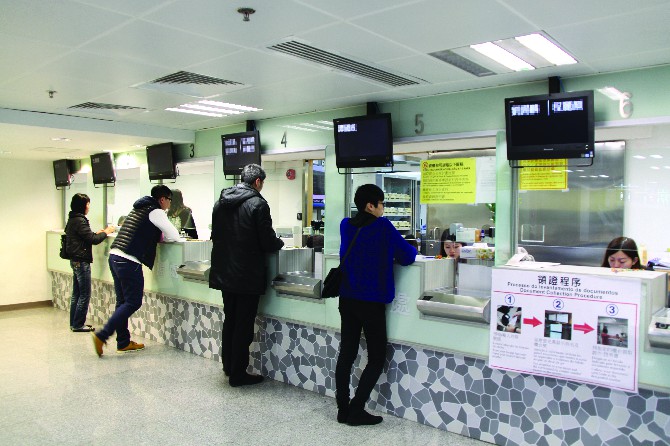 During yesterday’s plenary meeting, an amendment to law No. 14/2009, concerning the career of civil servants, was passed by the Legislative Assembly.
According to the current civil servant law, technicians who serve as clerical assistants for photographic design, mail clerk, public relations and several other types of work are deemed to be involved in specific tasks. These individuals fall under the “special career” classification under the law.
In total, five positions are involved, commonly known as the “195 careers” because the relevant salary equates to 195 points on the workers’ remuneration index.
However, considering that these jobs are no longer unique, the amendment proposed removing these occupations from the “195 career” framework.
Qualifying individuals with a secondary education degree, if they meet other conditions, can apply to join other civil service structures within eight years.
Lawmaker Leong Sun Iok and others raised questions regarding this proposal. He, among others, voiced that there are other positions deserving of higher regard. For example, mail deliverers and inspectors from specific departments frequently have higher education degrees and skills, and are familiar with Macau’s laws and multiple languages. However, in reality, the government only requires lower education qualifications for these positions.
The amendment also proposes using less time for organizing civil servants’ exams. According to the amendment, the government will only reveal the name list of the accepted civil servants on other government official websites, but not the government bulletin.
Lawmaker Agnes Lam voiced her concerns that the exemption may trigger controversy among members of the public in terms of transparency.
“Will the government consider continuing current measures [of publishing the name list in the official bulletin], so that [the public will have this] important open document?” Lam asked.
Under the current law, ranking civil servants are not allowed to return to an old position immediately after completing another appointment; they must wait six months. The amendment removed this policy, suggesting that these individuals can return to an old position immediately.
Responding to the lawmakers, the Secretary for Administration and Justice André Cheong highlighted that the amendment does not equate to a “salary increase” and that government expenditure will not increase as a result.
According to Cheong, there are currently 1,895 people in the “195 career” category, of which 1,320 have a salary point of 260 or more.
These positions were abolished to improve the civil servants’ career system.
Cheong also stated that there are currently 124 maritime staff members commonly referred to as having a “225 career,” meaning 225 points on the worker renumeration index. The government has been considering including these people in the “260 career” category. However, the relevant personnel are asking for a salary rise, which is a different problem compared to the aforementioned five positions.