Analysis | Coronavirus could very well slow by the summer 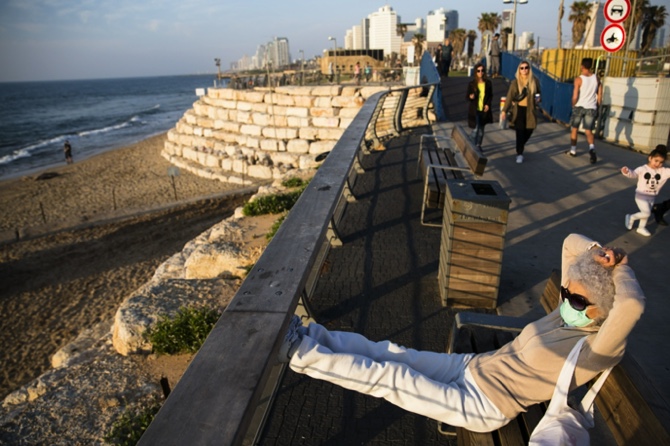 One great unknown about the coronavirus pandemic currently circling the globe is how it will respond as the weather gets warmer.

The virus will “go away in April,” President Donald Trump told a meeting of governors last month, “as the heat comes in.” That over-confident assertion has attracted criticism from virologists and fact-checkers. Most respiratory diseases — such as influenza and the mundane rhinovirus and coronavirus strains that cause the common cold — do indeed spread more rapidly in the cold, dry conditions of the winter months. But it’s been impossible to say for sure how Covid-19 would behave in summer and late spring for an obvious reason — the strain didn’t exist until around November last year.

At the same time, evidence is starting to emerge that temperature and humidity do make a difference in the ability of the virus to infect large numbers. That should give health services hope for some respite as summer spreads across northern temperate regions, aiding the ability to plan for renewed outbreaks once winter rolls around.

We can’t simulate summer conditions in countries currently in the grip of winter, but we can do something almost as good — look at what’s happening in places closer to the equator where the climate is milder.

There’s been suggestive evidence on this front for some time. Iran, which accounts for about 90% of coronavirus cases in the Middle East, is unique in the region for mostly sitting on a plateau where winter conditions resemble those of more northerly countries. At the same time, some Southeast Asian nations with close business and tourism links to China have seen surprisingly few cases, even if you assume their less developed public health systems are missing infections. Thailand, Indonesia and the Philippines have each seen fewer cases than Estonia, Slovenia or Iceland, despite a combined population more than 100 times as large.

A study uploaded to medical pre-print server MedRxiv Monday plots recorded cases against climate conditions to suggest that there is indeed a significant correlation between outbreaks and the weather. In extreme cold and very hot and wet conditions the virus is “largely absent,” the researchers from Spain, Portugal and Finland wrote, meaning that people in tropical and polar climates are unlikely to see local transmission of cases.

Arid regions will see a higher rate of infections but the worst-hit areas will be temperate countries and high-altitude areas closer to the equator. The period between June and September should see a slowing rate of infections in much of Europe and North America, they wrote, although areas closer to the poles in Scandinavia, Russia and Canada may see worsening conditions as the climate warms enough to support local infections.

Another pre-print study by four Beijing-based researchers uploaded to the arXiv server last week comes to a similar conclusion after analyzing the infection rates in 100 Chinese cities. That rate, known as the R0, is a key determinant of an infection’s propensity to spread. For Covid-19 it’s currently estimated to be around 2.2, but moving it below 1 should, if sustained, be enough to turn the current out-of-control epidemic into an outbreak that goes extinct on its own.

Increasing the temperature by one degree centigrade reduces the R0 by 0.0383 and increasing humidity by 1% pushes it down by 0.0224, the researchers found. That should be particularly significant in places with hot, wet summers, they wrote: In the event the Tokyo Olympics goes ahead, the R0 in the city would likely be at extinction levels below 1, given normal summer conditions.

The results shouldn’t be too surprising. The mechanism that causes influenza and colds to spread faster in the winter isn’t perfectly understood. It appears to relate to the way virus particles can stay active on surfaces such as elevator buttons and door handles for longer in mild weather; the way people show greater susceptibility to throat infections when breathing cold, dry air; and to our tendency to congregate in warm, close conditions where diseases spread easily during winter weather. Still, it would be remarkable if Covid-19 really behaved in a manner different from every other coronavirus, or indeed almost every other common respiratory virus.

Don’t start planning any summer holidays on the expectation this disease will vanish with the sun. For one thing, both studies are still just computer models, and neither has been through peer review. On top of that, even a reduced rate of infection will only slow, rather than halt the spread of this pandemic. In most places, it won’t even be sufficient to push the R0 below 1, in the absence of other measures such as social distancing.

Still, one worst-case scenario for this disease — where it rampages through lower-income regions of Africa and Southeast Asia, and there’s no seasonal break for health services to catch a breath before the next wave — is looking less likely than it did a few weeks ago. That still leaves a range of very grim scenarios, but right now we should take what comfort we can get. David Fickling, Bloomberg