Analysis | Hong Kong, standing for freedom and justice once more 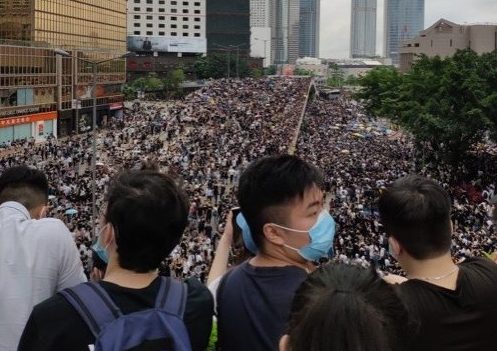 On June 9, the march against the government sponsored extradition bill felt like a recast of the protest held on July 1 2003 against the enactment of a state security legislation that ultimately ended up with the bill being shelved indefinitely, the Secretary for Security resigning and the Chief Executive not being able to finish his second mandate for “personal reasons”.

Only this time was bigger, double the size actually, with more than one million Hongkongers taking to the streets in an uninterrupted human flow stretching from as far as Fortress Hill up to the government headquarters in Tamar and lasting for more than seven hours.

Only this time the loud and clear demand expressed by one out of seven residents fell on a deaf ear. Speaking only on the next day, Hong Kong’s Chief Executive Carrie Lam pledged to press ahead with the bill and insisted that further delays would only instill “more anxiety and divisiveness in society.” As calls for a second rally opposing the bill were starting to be heard, the LegCo president announced on June 11 that the bill would have to be adopted by June 20, tabling some 66 hours for debate with extraordinary sessions to be held on every single day of the week whereas the LegCo ordinarily convene only on Tuesdays and Wednesdays.

Rather than being delayed the legislative process was thus being sped up! All this while the proposed amendments to the Fugitive Offenders Ordinance and the Mutual Assistance in Criminal Matters Ordinances had been heavily challenged right from the start in February.

The Hong Kong Bar Association had published as early as April 2 a comprehensive review of the amendment bill that had been gazetted on March 29. Many voices from all corners of society soon joined — democrats of course, journalists, NGOs, foreign governments and politicians, businessmen with interests in China, and the many professional associations who felt threatened by the law. The same two main objections were repeated again and again, with various degrees of subtlety: why the rush? And why the absence of effective judicial and/or legislative safeguards? The Hong Kong judiciary would only be entrusted with checking the adequacy of formalities and ultimately, only the Chief Executive, himself or herself nominated by the central authorities, would be left to refuse case-by-case demands formulated by China’s courts.

On June 12, the mood of the crowd converging towards the LegCo had changed. This time around, the objective was not anymore to voice out a disagreement and quietly address it to the government but rather to forbid the convening of the second reading of the bill.

The power struggle had shifted from being symbolic and argumentative to meddling with the ugly reality of decision making. Inspiration thus came from the Umbrella Movement of 2014. Organizers were many, and, even though all progressive in essence, from every segment of society. The Hong Kong Confederation of Trade Union had called for a general strike. The Diocese of Hong Kong had implored the government to withdraw the bill. Even small businesses were closed, in different parts of the territory, with some leaving cardboards on their metal curtain reading “Busy being heroes.” And the crowd was young, very young, all dressed in black and geared-up to sustain a siege.

Contrary to September 2014, young people knew that the government would not hesitate to use tear gas, rubber bullets and pepper spray against them. If the effective withdrawal of the bill was to be achieved, nothing could be left to improvisation. Mistakes from 2014 would not be repeated if the success of 2003 was to be achieved.

Out of practicality — the LegCo being inaccessible — the second reading of the bill was officially postponed. But as the crowd refused to disperse and evacuate Harcourt Road, tear gas was fired and pepper spray splashed all over. This is unfortunately just the beginning. Eric Sautedé, Hong Kong