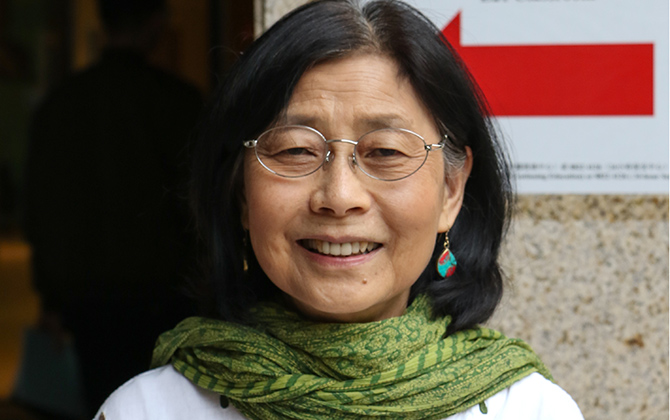 Non-Governmental Organizations (NGO’s) in the mainland are currently facing difficulties and will face more in the near future, says Australian National University scholar Anita Chan, who has been studying the relations and development of NGOs in China, particularly  in Guangdong province.

Chan was speaking at the workshop “Labor under Social Transformation and Globalization,” which took place last week at the UM’s Faculty of Social Sciences. The workshop was organized by the European Union Academic Program in Macau (EUAP-M) of the University of Macau (UM).

According to Chan, these organizations, which have been operating for many years in China, will face many challenges, mostly due to a new law effective last week that bans foreign funding to such entities.

As stated during the presentation of the paper, “The Relationship Between Labor NGOs and Chinese Workers: From an Asymmetrical Relationship to Partnership, and beyond,” China labor affairs have been historically connected to two major stakeholders: Hong Kong-based Labor NGOs and China-based NGOs, both of whom source support for their activities from outside the mainland.

Money seems always to be the big issue, Chan said: “It can be the binder that brings people together but also the motive to make them apart (through corruption).”

In her research, Chan claimed to have found several cases where worker support was poor or non-existent. Instead, several NGOs made minor interventions before or after strikes and other workers’ activities, in order to take credit for the activities when “the workers by themselves and almost spontaneously organized such activities making use of communication technologies such as WeChat.”

While China now seems to be to cracking down on such organizations, Chan says that the outcome does not seem to be overly negative. This is because “people seem to be less in need of such organizations to stage protests over their rights and are doing those by themselves, like what happened during a 2014 strike when 14,000 people got together to demand better work conditions.”

When questioned on the lack of a Trade Union Law, which failed to pass in the Legislative Assembly (AL) eight times, Chan commented: “As far as I know, there is a Federation of Trade Unions (FAOM) that I assume is the official trade union controlled by China […] if the law [bill] allows freedom of association […] then a lot of workers will begin to organize their own trade unions and that is the main issue in China [too] as China only has one Trade Union – the official one – and even that was created many years ago back in 1949. Whether the law draft has passed or not, the important [thing] is what is on that draft regarding freedom of association.”

Chan expressed no doubts on whether such a law is required. “Are the workers going out on the streets protesting against those [working conditions] individually? If yes, that obviously means that the existing Trade Unions are not doing their job,” she said.

“I think it’s China that doesn’t want to have the law… I don’t know enough about Macau politics to really say this, but it’s very likely.”

Regarding the reduction to only eight days of the period in which non-resident workers can remain in the territory after the cancellation of their work permits (blue cards), Chan remarked: “It’s a measure to bond the workers [even more] and to restrain their moves [freedom].”

She added that she does not think that such measures will help at all, as non-resident workers are already constrained in many ways, including the high fees charged by labor recruitment agencies.

During, the workshop, visiting assistant professor Jong Nowak from Hong K ong City University, as well as the UM’s Professor Timothy Kerswell, addressed other issues such as recent events related to strikes and labor shifting activities in India and Brazil.

In his closing summary, Australian National University Professor Jonathon Unger noted the need for balance where labor disputes and demands are concerned, particularly cases in China and Brazil.

“Companies could easily have replaced this workforce [unqualified workers] with machines in the production lines at least since the early 1990s,” Unger said.