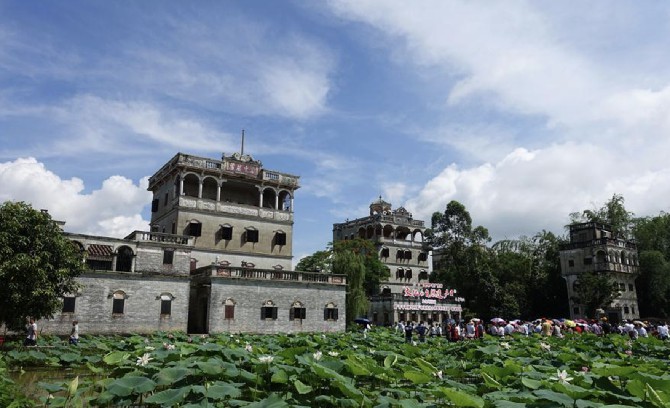 A representative from the Macau Association of Jiangmen Youths believes that there is potential for tourism collaboration between Macau and Kaiping, Jiangmen, as both cities are dotted with heritage sites.
Kaiping is known for its Diaolou architecture, notably some fortified multi-story watchtowers in rural villages built since the Ming Dynasty. In 2007, UNESCO named the Kaiping Diaolou watchtowers and villages as a World Heritage Site.
Yesterday, the chairman of the Macau Association of Jiangmen Youths, Chang Kam Pui, addressed journalists on the sidelines of an event, saying that tourism operators in both Macau and Kaiping should collaborate to develop more point-to-point itineraries and offerings.
Through travel, people can get to know more about the culture and history of Diaolou. Additionally the culture of Diaolou can be publicized in Macau using the medium of art. For instance, Chang suggested inviting artists to create Diaolou-themed murals in Macau’s old districts.
The alliance will mount a Wuyi Youth Cultural Festival from July 31 to August 1, designed to inform the public about the culture of Wuyi. The term refers to the city district Xinhui and four counties in the Pearl River Delta of Southern Guangdong Province, namely, Taishan, Kaiping, Enping, and Heshan.
Chang said the Festival is intended to deepen the knowledge of the development of the nation and the Macau SAR.