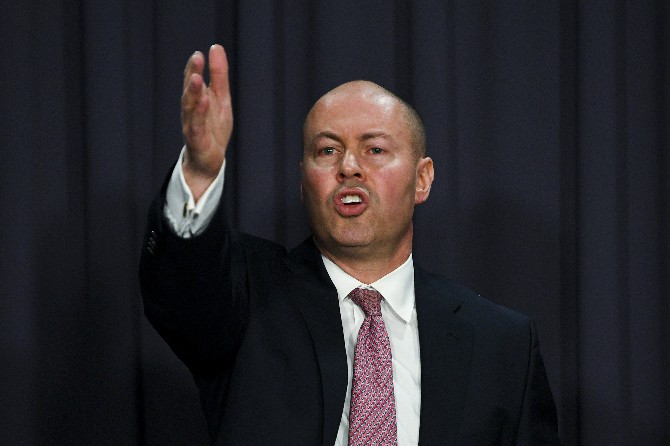 Australia will always put its national interests ahead of economic interests in its troubled relationship with China, a senior Australian lawmaker said yesterday after a White House official predicted Sino-Australian tensions will persist.
Treasurer Josh Frydenberg, deputy leader of Australia’s ruling conservative Liberal Party, said China remained a “very important economic partner” despite bilateral disputes that have disrupted tens of billions of dollars in trade in Australian commodities including coal, wine, beef, barley, wood and lobsters.
“We will not put economic interests first,” Frydenberg told reporters.
“We will put the broader national interest first and that means standing up with a very clear and consistent sense of where our national interest is and that is what we have done,” he added.
Frydenberg spoke after White House Coordinator for the Indo-Pacific Kurt Campbell said there was a “harshness” in China’s approach to Australia that “appears unyielding.”
“I would have thought we were basically settling in for the long-
haul in terms of tensions between China and Australia,” Campbell told an Asia Society webinar late Tuesday.
A clash over vaccine diplomacy this week was the latest rift in bilateral relations, which plummeted last year when Australia called for an independent investigation into the origins of and responses to COVID-19.
Australia on Tuesday denied Chinese government and state-media allegations that it was interfering in the rollout of Chinese vaccines in Papua New Guinea.
Meanwhile, Campbell said China appeared to have attempted to “cut Australia out of the herd and to try to see if they can effect Australia to completely change how it both sees itself and sees the world.”
“The United States […] have tried to make clear that we’re not going to leave Australia on the field. That’s just not going to happen,” Campbell said.
Chinese Foreign Ministry spokesperson Wang Wenbin dismissed Campbell’s characterization of Chinese policy toward Australia and denied Beijing was interfering in other countries’ internal affairs.
“China welcomes all constructive suggestions and well-intentioned criticisms, but will never accept any condescending, preaching or lecturing and will resolutely follow its own path,” Wang said.
Frydenberg said Australia was “definitely living with a different China than we’ve seen in years prior.”
He said Australia had protected its national interests by barring Chinese communication giant Huawei from involvement in the nation’s 5G networks, outlawing covert foreign interference in domestic politics and canceling deals struck by an Australian state government under Beijing’s Belt and Road infrastructure initiative.
Frydenberg has also personally blocked Chinese investment applications in Australia on national interest grounds.
“I’ve increasingly seen foreign investment applications that have been pursued not necessarily for commercial objectives but for strategic objectives and, as you know, I’ve said ‘no’ to applications that in the past may have been approved,” Frydenberg said.
Wang accused Frydenberg of “hyping the ‘China threat theory’ and making irresponsible remarks” for his own political interests. Rod McGuirk, Canberra, MDT/AP