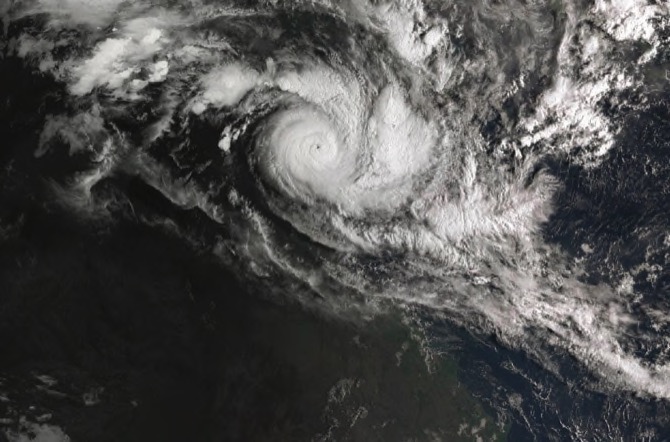 About 2,000 Australians were being moved inland yesterday from part of the northern coast ahead of a powerful cyclone expected to hit this weekend.

Evacuees were being moved by air and road from remote, mostly indigenous communities on the east coast of the Northern Territory, with most going to the provincial capital, Darwin.

Australia’s Bureau of Meteorology said Cyclone Trevor, with sustained winds of 125 miles per hour and gusts of up to 160 mph, was expected to bring heavy rainfall and a dangerous storm surge.

An emergency was declared in communities along the western Gulf of Carpentaria where Trevor is expected to make landfall today, Northern Territory Chief Minister Michael Gunner said.

At landfall, Trevor is forecast to be a Category 4 severe tropical cyclone, roughly similar to a Category 2 or 3 hurricane on the Saffir- Simpson scale used in the U.S.

Bureau of Meteorology spokesman Todd Smith said a further intensification has not been ruled out. Flash flooding was likely, with heavy rains of up to 8 inches (20 centimeters) in a day set to fall on ground “hard-baked” by drought, Smith said.

Gunner said the decision to evacuate the communities in the cyclone’s path was due to their remoteness.

Almost 1,000 people had left the towns of Groote Eylandt and nearby Numbulwar by Wednesday (Macau time), Gunner said. Most of Borroloola’s 900 residents were expected to be evacuated, along with several smaller communities. Most would be housed in temporary accommodations in Darwin, he said.

Air force Hercules aircraft, along with helicopters, buses and cars were being used to transport evacuees to Darwin and nearby Katherine, with sleeping areas set up in buildings on local fairgrounds, Smith said. Steps were being taken to ensure indigenous cultural protocols were respected and tribal languages used.

It’s the largest pre-cyclone evacuation in Northern Territory history, and the largest cyclone-related exodus since Cyclone Tracy hit Darwin in 1974, killing 71 people and forcing 30,000 to flee the city.

Meanwhile, another powerful category 4 cyclone was bearing down on the other side of Australia’s northern rim. Trevor Marshallsea, Sydney, AP