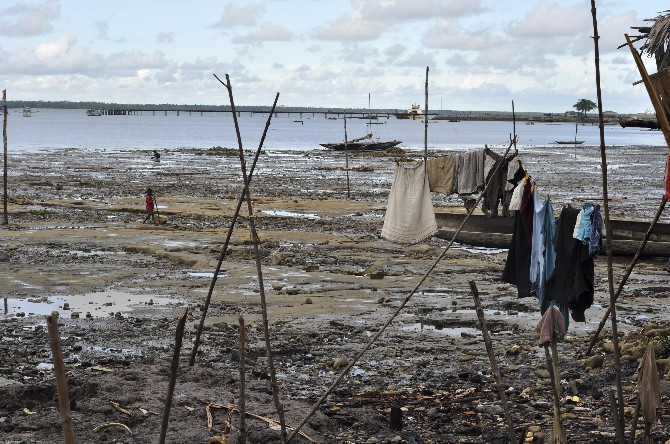 The Australian prime minister yesterday dismissed as “speculative” reports that a Chinese company plans to build a new industrial island city near Australia’s porous sea border with Papua New Guinea.
Hong Kong-registered WYW Holding Ltd. plans to build a $30 billion city that includes a seaport and industrial area on Daru Island in the Torres Strait, Australian media have reported. The reports cite company letters to the Papua New Guinea government from April last year.
Daru Island is a population of 20,000 people within 5 kilometers of Australia’s Saibai Island and about 200 kilometers from the Australian mainland.
Prime Minister Scott Morrison played down the prospect of the city being built.
“I honestly think it’s just speculative,” Morrison told Sydney Radio 2SM. “It’s just people flying some kites and I’m not going to overreact to the noise that is flying around out there.”
“I speak pretty regularly with the Prime Minister of Papua New Guinea (James Marape) and we have a very good relationship and he well understands our relationship and the importance of our other partners and I couldn’t see Papua New Guinea being terribly hasty on anything like that,” Morrison added.
Marape’s office said the prime minister wasn’t aware of the proposal, but added that his government would not turn away foreign investment that complied with Papua New Guinea laws and benefited locals.
Analysts have said the proposal makes no economic sense and some suspect China wants to build a wharf for use by its navy.
The Unites States and Australia are partnering to redevelop Papua New Guinea’s Lombrum Naval Base on Manus Island in the country’s north as concerns rise about China’s growing influence in the region.
In November last year, Papua New Guinea signed a memorandum of understanding with Chinese firm Fujian Zhonghong Fishery Company to build a $160 million fish processing plant also on Daru.
Home Affairs Minister Peter Dutton said the government was “very keen” to discuss with Papua New Guinea “what proposals are on the table.”
“I think there are all sorts of sovereignty issues and there are local issues in terms of land owners and land rights, et cetera that I think would provide a significant hurdle,” Dutton told Nine Network television on Friday. Rod McGuirk, Canberra, AP