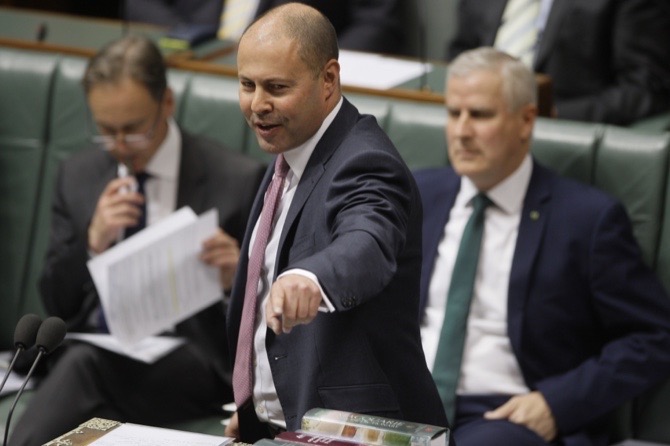 Prime Minister Scott Morrison said his conservative coalition’s election victory in May gave him a mandate to pass the tax cuts, which the center-left Labor Party opposition rejected as too generous to the wealthy.

The government hopes that the cuts for more than 10 million of Australia’s 25 million people will stimulate a slowing economy that risks dipping into recession for the first time in 28 years.

The central bank cut a key interest rate to a record low 1% this week in a bid to boost employment and wages.

The government has made the tax cuts its priority since Parliament opened for its first post-election session on Tuesday, when the House of Representatives passed the cuts.

Independent Sen. Jacqui Lambie became the last of the four unaligned senators the government needed to pass the legislation to confirm her support.

She demanded in return AUD157 million in federal money for housing the poor in her island state of Tasmania.

“I need those kids and their families off the streets in warm houses,” she said.

The two senators of the minor Center Alliance party, Stirling Griff and Rex Patrick — who demanded lower energy prices for households in return for their support — as well as former government Sen. Cori Bernardi had previously said they would vote with the government on the legislation.

The government has yet to finalize any deal with the unaligned senators, but the senators voted yesterday with the government in expectation that agreements will be reached within weeks.

With the tax cuts guaranteed to pass, Labor finally gave its support to the legislation, which passed 56 votes to nine. After Labor amendments were rejected, the party argued it would not oppose tax cuts for employees.

“We do not want the circumstances whereby an economy that is struggling prevents people getting a tax benefit of up to … AUD1,080,” opposition leader Anthony Albanese told reporters.

The Senate vote is an important victory for the government which was elected for a third three-year term at May 18 elections after a campaign that focused on tax cuts. The prime minister will be reluctant to disappoint the unaligned senators at the start of three years with the government in minority in the hostile upper chamber.

Fryenberg said the tax cuts would be delivered and the government would achieve Australia’s first annual budget surplus in more than a decade in the current fiscal year without reducing government spending. The central bank wants the government to boost investment on infrastructure such as ports, road and rail to further stimulate economic growth. ROD McGUIRK, CANBERRA, AP