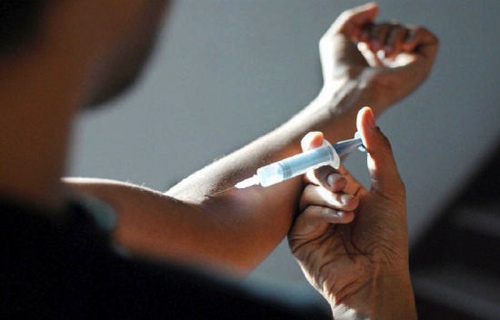 Speaking on a radio program yesterday, the Judiciary Police (PJ) deputy director, Chau Wai Kuong, revealed that 16 Macau residents between the ages of 16 and 21 had been detained by authorities for abusing drugs on the mainland in the first half of this year. He said that the number of young people who were involved in drug charges was “worrying.”
Between January and June, there were 121 local residents caught and detained for abusing drugs on the mainland. One of them was even younger than 16.
Chau Wai Kuong said that PJ already had an agreement with the mainland authorities to transfer all offenders who are Macau residents to Macau police authorities after they have received an administrative penalty.
Macau authorities then hand the cases over to the Social Welfare Bureau so that drug users can voluntarily participate in rehabilitation programs.
An audience member who phoned in to the radio show suggested that the authorities should deploy more security measures to prevent people from bringing drugs into Macau. “[The authorities] should make use of police dogs and deter residents from bringing small amounts of drugs into Macau. I don’t think that Customs is able to notice youngsters who carry small amounts of drugs.”
Iong Kong Io, the director of the Social Affairs Bureau, who was also a guest on the radio show, said that the Bureau has supported three outreach teams that will go to the Border Gate and other venues to make contact with people who are at risk of becoming drug addicts.
The director also pointed out that it is increasingly common for criminals to sell drugs over the Internet. As a result, he predicted that there would be more young people who will choose to abuse drugs at home.