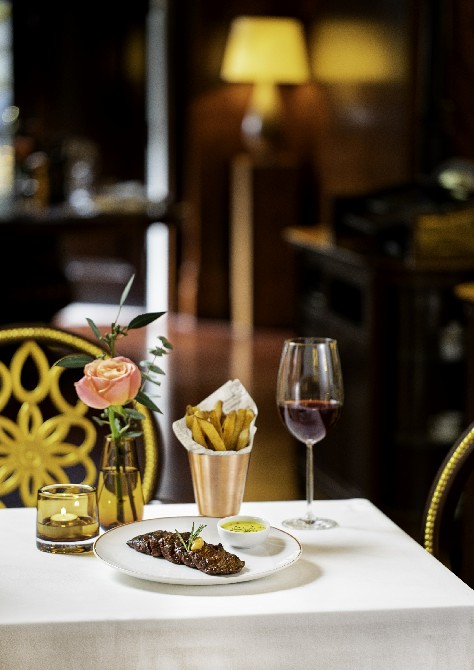 Aux Beaux Arts, the French brasserie situated at the Grande Praça of MGM Macau, has returned and has brought back traditions and heritage of French cooking, the gaming operator announced in a statement.
The restaurant’s menu contains the staple Southern French dish “Salade Niçoise” with confit fatty tuna belly and crisp greens, which brings out the flavors of the Mediterranean.
“Vol-au-Vent”, a traditional French delicacy once served only to the royalty and now a classic of cuisine bourgeoise, is also served.
Inside the rounded fluffy case of puff pastry are foie gras, fresh lobster meat and seasonal greens, all soaked in lobster sauce to bring out the flavors from both the land and the sea. The classic Parisian “Steak Frites” with Bearnaise Sauce, another staple found at all brasseries in France, is recreated here by combining grilled skirt steak, chosen for its lean cut with flavors suitable for a French butchery standard, with homemade bearnaise and French fries.
Towards the end of the meal, the restaurant is infused with a “sweet, buttery aroma from the showstopper ‘Crêpes Suzette,’ a retro signature of Aux Beaux Arts that is flambé tableside.”