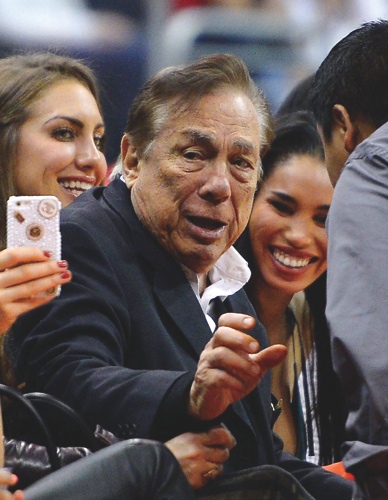 Only final arguments and a ruling remain in the trial to determine whether Donald Sterling’s estranged wife can sell the Los Angeles Clippers to former Microsoft CEO Steve Ballmer for USD2 billion.
Lawyers for Sterling plan to argue today (Macau time) that Shelly Sterling had no right to make the deal with Ballmer, even though Donald Sterling had given her written authority to pursue a sale.
The attorneys also say she tricked Donald Sterling into taking mental exams that found he had signs of the onset of Alzheimer’s disease. That finding was sufficient for Sterling to be removed as a trustee of the Sterling Family Trust and allow Shelly Sterling to move forward with the sale.
Later in the process, however, Donald Sterling tried to stop the sale by dissolving the trust.
Lawyers for Shelley Sterling urged the judge to allow the sale to go forward so a contract can be in place before NBA owners meet on Aug. 15.
Shelly Sterling’s lawyers, along with an attorney for Ballmer, filed a voluminous legal brief citing case law they say proves that Donald Sterling did not have the right to dissolve the trust that owned the Clippers.
“The trust has a golden bird in the hand,” the brief said. “A sale of the Clippers for $2 billion is indisputably a bonanza for the Sterling family. Donald’s strident opposition is motivated by only selfish considerations.”
Donald Sterling was removed as a trustee after his wife had him examined by two doctors who found he lacked the mental capacity to handle his own business affairs.
His lawyers filed their own brief that focused heavily on that point. They said the doctors were hand-picked by lawyers for Shelly Sterling and did not do adequate exams.
Donald Sterling maintained he didn’t know his competency as a trustee was being evaluated. His lawyers said in their brief that he appeared alert and able to express himself during his testimony and showed no signs of being incompetent.
Still, Sterling spent much of his time on the witness stand shouting at attorneys for both sides and expressing his outrage at the NBA and its commissioner for trying to oust him from the league over racist recordings.
At one point he called Shelly Sterling a “pig” as she left the witness stand.
Donald Sterling has filed another lawsuit in state court against Shelly Sterling, NBA Commissioner Adam Silver and the league.
Shelly Sterling’s potentially record-breaking deal with Ballmer was struck after Donald Sterling’s racist remarks to a girlfriend were recorded and publicized. The NBA moved to oust him as team owner, fined him $2.5 million and banned him for life.
Shelly Sterling went to probate court in Los Angeles to ensure that the sale she negotiated with Ballmer would go through. AP