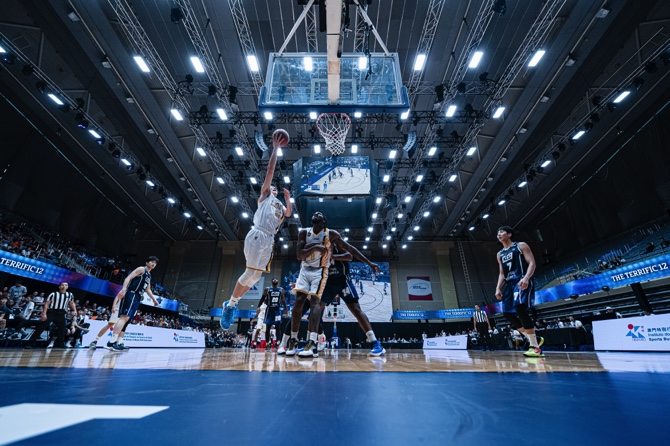 The basketball East Asia Super League (EASL) will proceed with its new format of home-and-away pan-regional games in 2022, the EASL has announced.

The new format is an evolution from the single-site invitation tournaments hosted in Macau between 2017 and 2019.

The new league, scheduled to start by October next year, will include the participation of eight teams representing Japan’s B.LEAGUE, Korea’s KBL, the Philippines’ PBA, and the Taiwanese P. League+, as well as a brand-new team representing the Greater Bay Area (GBA).

The Bay Area Chun Yu Phoenixes aim not only to be a representative of the GBA but also to be one of the top professional basketball teams in the whole Greater China region, including players from Hong Kong, mainland China, Macau, and Taiwan.

The league format allows the participation of one Asian import and two foreign import players per team to create a more level competition and allow experienced players from more developed leagues to contribute to the development of the EASL.

The eight teams in this new pan-regional format will be competing for USD1 million (MOP 8.03m) prize money, as well as the title of the best East Asian basketball team.

A previous communication to the Times from representatives from the EASL at the time the new league format was initially presented noted that, although there will be no team representing Macau, it is possible some games will be hosted in Macau as the home ground for the GBA team, or even as neutral ground if potential travel restrictions require such arrangements.

Matt Beyer, CEO and co-founder of EASL, has previously noted on several occasions that the purpose and mission of the EASL is to create a world-class basketball league in Asia that can double as an entertainment experience and a tourism attraction, contributing to the elevation of basketball in a region that has a significant pre-existing fan base.

In this vision, shared by Beyer and by the EASL, the EASL aims to be one of the top three leagues globally by 2025 in terms of both fan base and commercial revenue.