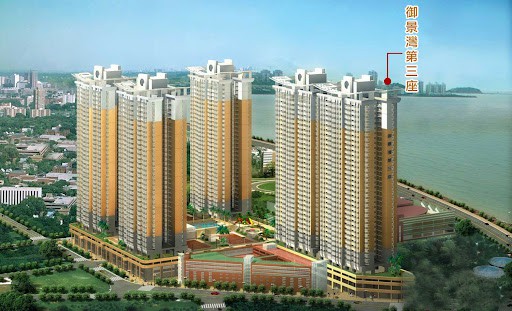 Certain individuals that took part in the citywide nuclei acid tests (NATs) at the Bayview Building have been quarantined, while the building’s residents have not been, public health doctor Leong Iek Hou, coordinator at the Center for Disease Control and Prevention, admitted to the regular health press briefing yesterday.
Certain citywide NAT test takers who had their samples collected at the Social Welfare Bureau (IAS) facility on the ground floor of the Bayview Building received calls from the Health Bureau (SSM), asking them to prepare for mandatory quarantine. This situation came to light amongst the press yesterday afternoon, before the briefing.
The press was also made aware that the 77th patient, who is a domestic helper working and living in the Bayview’s Block 3, took her citywide NAT test on October 4.
Prior to these disclosures, members of the public had not been satisfied with the SSM’s “double-standard” in handling of the Bayview Building. The prime residential estate was neither identified as Red nor Yellow Zone, to the chagrin of some.
It also came to the attention of the Times that residents of the Bayview’s Block 3 were only required to obtain two negative NAT test results before they were allowed out.
Coincidentally, the previous red or yellow zones consisted of traditional low-rise buildings, which are also known as “tong-lau.”
Leong admitted that the 20 individuals in the queue at the citywide NAT test station – specifically the 10 in front of and the 10 behind the diagnosed domestic helper – were told to undergo centralized quarantine.
She added that, epidemiologically speaking, the patient was not highly contagious on October 4, given that she was diagnosed in the early morning of October 9. “She got negative results in the NAT tests done on October 4, 5, 6 and 7,” Leong said.
Leong disclosed that the residents in the building who have shared the same elevator trip with the patient are conducting their quarantine “under arrangement.”
It has also come to netizens’ attentions that the employer of the 77th patient is allegedly a head nurse at the private Kiang Wu Hospital, who provided help in the citywide NAT test. The fact that her employee was diagnosed has, according to netizens, prompted the private hospital to regularly test its team.
On the question of whether the alleged head nurse was prone to or took any risks at the citywide NAT test, Leong stressed that all medical staff at this past citywide NAT test were ordered to wear a full protective suit.
Meanwhile, during the employer’s breaktime at the NAT test, interactions and conversations were conducted with other medical staff. These members of staff, according to Leong, have been quarantined.
When questioned as to why the authorities did not disclose the occupation of the employer, Leong said that it has not been a regular practice.
As to the connections between the recent infections, Leong disclosed that the 72nd to 75th patients had contracted the Delta variant of the virus. Meanwhile, the DNA patterns of these virus samples are 99.99% similar to those collected from the 64th to 66th and the 68th to 71st patients.
The SSM has ruled that the source of the infections was the returnee from Turkey.