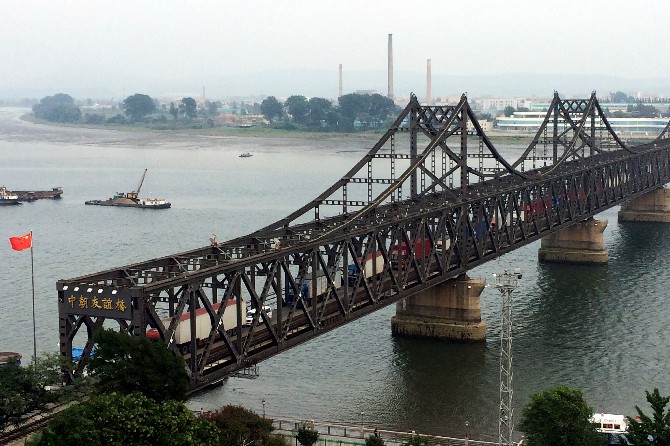 China yesterday rejected U.S. accusations it is weakening its enforcement of U.N. sanctions against North Korea, but said more efforts are needed toward reaching a political settlement and greater attention should be paid to the impact of the sanctions on ordinary North Koreans.
Foreign ministry spokesperson Hua Chunying was responding to comments by the State Department’s deputy envoy for North Korean affairs, Alex Wong, in which he said China was no longer even attempting to enforce many of the sanctions, including a requirement to expel North Korean contract workers.
“The Chinese government increasingly allows its companies to conduct trade with North Korea in a broad spectrum of U.N.-prohibited goods,” Wong said at a seminar in Washington on Tuesday. Chinese and North Korean-flagged ships also regularly transport coal, a key North Korean export covered by sanctions, Wong said.
Hua told reporters at a daily briefing that, as a permanent member of the Security Council and “a responsible big power, China has always earnestly implemented Security Council resolutions and fulfilled its international obligations.”
“Under the current situation, all parties should spend more time and energy to promote the political settlement process of the peninsula issue and pay more attention to the negative impact of sanctions on the (North Korean) population and their livelihood,” Hua said.
“With the continuing spread of the COVID-19 epidemic, we once again call on the Security Council to initiate discussions on the reversible clause of the resolution as soon as possible and make the necessary adjustments to the sanctions, especially in the area of people’s livelihoods, to create conditions for a political resolution on the peninsula,” Hua said.
China is North Korea’s most important ally and source of trade and aid but agreed to U.N. sanctions after North Korea conducted nuclear and missile tests in defiance of Beijing, threatening stability in Northeast Asia and even a possible war with the U.S.
China has strongly objected to unilateral U.S. sanctions on North Korea. MDT/AP