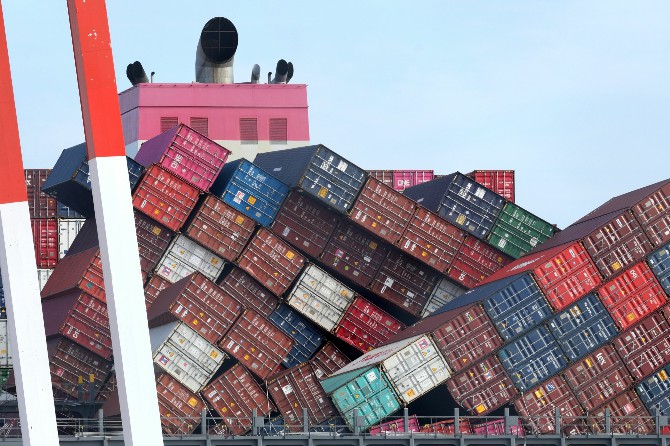 China dismissed efforts to shift U.S. supply chains toward alternative sources as unrealistic, hitting back hours after President Joe Biden signed an order to review how America buys strategic goods.
Chinese Foreign Ministry spokesman Zhao Lijian made the remarks yesterday in response to a question about the order, which will cover chips along with large-capacity batteries, pharmaceuticals and critical minerals and strategic materials like rare earths. Zhao said such measures “will not help solve domestic problems” and only harm global trade.
“China believes that artificial efforts to shift these chains and to decouple is not realistic,” Zhao told a regular news briefing in Beijing. “We hope the U.S. will earnestly respect market laws and free trade rules and uphold the safety and reliability and stability of global supply chains.”
Biden acknowledged Wednesday that the problem wouldn’t be solved immediately. The issue has taken on urgency with a global chip shortage that’s threatening to harm U.S. growth just as Biden seeks to rebuild an economy battered by the coronavirus. Some automakers are cutting workers’ hours due to the shortfall and unions are raising alarm about the prospect of layoffs.
While the U.S. gets much of its semiconductor supplies from allies like Taiwan and South Korea, Biden’s executive order seeks to end the country’s reliance on China and other adversaries. The order doesn’t directly call out China or any one country. Still, White House officials said an over-reliance on Beijing and other adversaries was a key risk that must be addressed.
Biden’s review could lead to financial incentives, tariffs or changes in procurement policies, among other options, said one of the officials, who spoke on condition of anonymity. The administration plans to consider ways to encourage production of key items in the U.S. or work with allies to manufacture the items, the official added.
Biden’s order directs industry-specific reviews focused on defense, public health and biological preparedness, information-communications technology, transportation, energy and food production. Those assessments, to be completed within one year, will be modeled after reviews the Defense Department uses to regularly evaluate the U.S. defense industrial base. MDT/Bloomberg