Beijing says US should ‘think twice’ about leaving missile pact 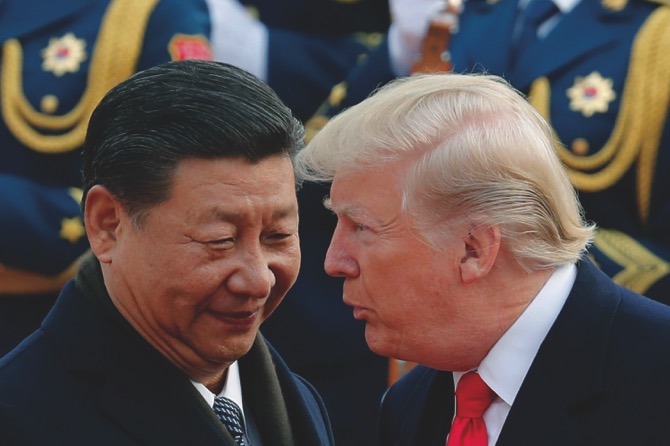 China called on the U.S. to reconsider pulling out of a three-decade-old arms control treaty with Russia, saying the move would generate “multiple negative effects.”

President Donald Trump said over the weekend he planned to pull out of the Intermediate-Range Nuclear Forces Treaty, known as INT, claiming that Moscow had breached the agreement on intermediate-range conventional and nuclear weapons. The New York Times reported the move was in part to enable the U.S. to counter a Chinese arms buildup in the Pacific.

“I want to stress that it is completely wrong to use China as an excuse for pulling out of the treaty,” Foreign Ministry spokeswoman Hua Chunying told reporters yesterday in Beijing. “We hope relevant countries can cherish the hard-won achievements over the years, prudently and properly handle issues related to the treaty through dialogue and consultation, and think twice about withdrawing from the treaty.”

Without the restrictions of the 1987 treaty, China has had a free hand developing and deploying intermediate-range nuclear missiles of its own, including missiles designed to take out U.S. aircraft carriers patrolling the waters of the Western Pacific. Exiting the accord would free the U.S. to deploy new weapons in the Indo-Pacific to respond to China’s attempt to erode its post-World War II dominance.

“China hasn’t signed the agreement and has been producing mid-range missiles and so-called carrier killers to asymmetrically increase the costs of an American-led naval containment strategy,” said Stephen Nagy, a senior associate professor at the International Christian University in Tokyo. “The U.S. is likely withdrawing to send a message to Beijing that the U.S. can and will produce mid-range nuclear weapons that can erode away China’s existing asymmetric advantage.”

The prospect of a U.S. weapons buildup would underscore concern in Beijing that the U.S. is intent on thwarting China’s rise, be it via a trade war or a systematic program of military containment. Since Trump’s election U.S.-China relations have deteriorated on virtually every front, from trade to cyber-security to geopolitical flash points like Taiwan and the South China Sea.

Under the 1987 agreement, the U.S. and the former Soviet Union committed to eliminate all ground-based nuclear and conventional missiles with a range between 500 to 5,550 kilometers (310 to 3,420 miles).

China’s collection of intermediate missiles – including the recently developed DF-26s – form the backbone of its offensive capabilities in the Asia Pacific and are designed to hit targets along the strategic “first and second island chains,” according to Zhang Baohui, director of the Centre for Asian Pacific Studies at Lingnan University in Hong Kong.

The “first island chain” is a string of archipelagos stretching from Japan, past Taiwan to the Philippines — all U.S. security partners. The “second island chain” runs southward past Guam toward Papua New Guinea. Guam hosts a major U.S. naval base for the Pacific Ocean.

“A China factor in the U.S. decision to withdraw from the treaty is highly plausible,” Zhang said. “It is China, not Russia, that is possessing an ever-increasing number of medium and intermediate range missiles.”

As it would take time to build new nuclear-tipped missiles, the U.S. was preparing to modify existing weapons, including its non-nuclear Tomahawk missiles, and was likely to deploy them first in Asia, the New York Times reported, citing officials who have been briefed on the issue. The weapons may be based in Japan, or at the U.S. naval base in Guam where it would face little political opposition, the Times reported.

“China would have little choice but to spend more on the military – read less on the economy – or come to the negotiating table to come to an agreement about mid-range systems,” said Nagy. “This would have the effect of removing their existing anti-access area denial strategy.” David Tweed, Bloomberg