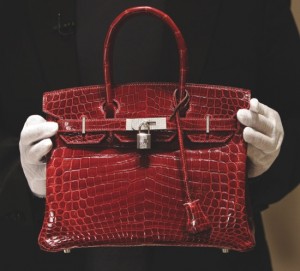 Christie’s said yesterday that a Hermes designer handbag smashed a world auction record in Hong Kong. The auction house did not identify the buyer of the crocodile skin Birkin Bag in fuschia with 18 karat gold and diamond hardware. It sold for 1.72 million Hong Kong dollars (USD222,219). The previous record was set at a U.S. auction in 2011 for another Birkin Bag, in red crocodile skin, that sold for $203,150. The Birkin Bag was designed for and named after British actress Jane Birkin. It’s famous for having a price tag in the thousands of dollars and a years-long waiting list. The bag was one of more than 300 that Christie’s put on the block in Hong Kong, which has emerged as a global auction center thanks to wealthy mainland Chinese. Christie’s said a black Birkin Bag that’s scheduled to go on the block later in the same auction may sell for even more than yesterday’s record price. 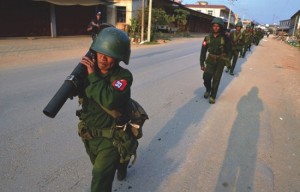 China’s military will hold live-firing exercises this week along its volatile border with Myanmar near where Chinese civilians were killed by stray bombs from fighting between rebels and Myanmar’s government.
The Defense Ministry said the exercises starting today in Yunnan province will include both ground and air elements. It didn’t say how many troops would be involved or how long the exercises would last. Aircraft were warned to stay away. The drills will be held in jungle-covered mountains along China’s southwestern border, directly across from where Myanmar troops have been battling ethnic Kokang rebels. A bombing run by a Myanmar plane in March killed five farmers on the Chinese side, leading to an official apology. China has complained of cross-border firing several times and urged Myanmar to restore stability. The March incident sparked widespread outrage in China, and Premier Li Keqiang issued a statement condemning it after being questioned about it at his annual news conference.