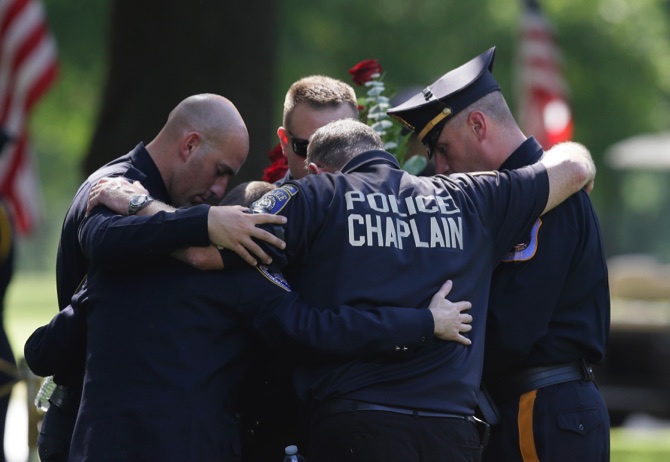 Orlando. Istanbul. Dallas. Nice. And now, again, Baton Rouge. Ever since a gunman opened fire on Florida nightclub goers five weeks ago, killing 49, we’ve been buffeted by images of bloodshed.
The scenes of the violence are often far away and disconnected from one another. But all too often, the victims — whether they’re patrolling the streets or out for an evening of fireworks — remind us of ourselves, our families, our neighbors. To many people, the barrage has started to feel inescapable. As non-stop news coverage and social media confront people with video of conflict and death, the images have begun to exact a collective toll of exhaustion and anxiety.
“The world is crazy right now. It is complete chaos,” Lauren Rose, sister-in-law of Montrell Jackson, one of the three police officers slain in Louisiana, said Monday. “And it all needs to stop, everything. We all need peace.”
Such feelings reach far beyond Baton Rouge, which has been rocked since the July 5 killing of Alton Sterling, the first of two recent, highly publicized shootings of black men by police officers. It doesn’t matter if there is no connection between those shootings and last week’s fatal truck rampage in France. Together, they contribute to a sense of turmoil that seems beyond easy resolution.
“It’s scary but yet I don’t know how, like in Nice and stuff, how that can be prevented,” Terri Smith, a legal secretary from Richfield, Minnesota, said Monday. “You get tired of it after a while, I mean, and you’re kind of helpless.”
Cheri Lovre, a Portland, Oregon crisis counselor who specializes in working with children, teachers and communities after school shootings, said conversations in recent days increasingly convince her that even people far removed from violence are experiencing a vague, but unsettling sense of angst.
“The effect is trickling down to all of us,” said Lovre, who has counseled people after shootings at Colorado’s Columbine High School, in Newtown, Connecticut, and in other communities. “When you have the TV on and it [the violence] is in your living room, Nice is suddenly right here.”
In some ways, we’ve been here before.
Look back to recent history — the upheaval that came around the Civil Rights movement, the threats of the Cold War — and there are plenty of reminders of times when fear and uncertainly lingered over day-to-day life in the U.S.
Tom Rosenstiel, executive director of the American Press Institute, compared the current moment to 1968, when the already troubling story line of the Vietnam War was interrupted by the assassinations of the Rev. Martin Luther King Jr. and Robert Kennedy, only to be followed by riots around the country and protests at the national political conventions. Such groupings of events can cause people to question their own safety and how others think, he said.
“When those seven stories on the front page or the 15 stories in the newscast or so much of your Twitter feed is filled with things that are as inexplicable as the terrorist truck attack in Nice or a veteran doing a deranged ambush of police in Baton Rouge, it’s hard to get your mind around these things,” he said.
But there were no social media networks in 1968, no 24-hour news channels. Today, those feed into an unending cycle of anxiety.
“This isn’t just about television. It’s about the constant ability to get alerts about things that are wrong in the world because we, again, don’t have breaking news about what’s going right,” said Shana Gadarian, a political scientist at Syracuse University.
The heightened anxiety can serve a positive purpose, forcing people to identify problems and their sources and seek out solutions, Gadarian said. 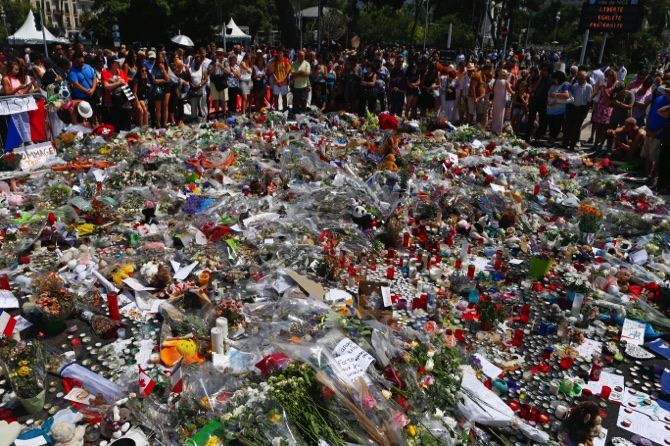 “The only way this is going to get solved is if people with cooler heads, with credibility, get together and talk through these issues,” said Jarrod Berguan, police chief in San Bernardino, California, where 14 people were killed in a terror shooting last year. “It is never going to happen because people are making short little soundbites on the news, or because people are going to the Internet to absorb whatever information they want to absorb from people who share their viewpoints.”
But news of violence can overwhelm our ability to sort through the situation and reflect on the paths of action.
“People have lost the ability to step back even for a second and consider the possibility that as horrible as it is, that it might not be some sort of some grand world coming apart,” said Steve Gorelick, a criminologist and lecturer in the department of film and media studies at Hunter College City University of New York. “How are we supposed to solve or even think about all these things at once? You can’t.”
If there’s any consolation, though, it’s that we are not alone in our anxieties.
In Minneapolis, airline pilot Keith Schmidt paused during a layover Monday to ponder the state of things. The way the world is going, he said, he might have to start carrying his concealed handgun more often.
“It’s really kind of scary when the country is killing the police officers,” said Schmidt, who lives in Arlington, Texas. “I would say chaos and or anarchy could be around the corner.”
In New York, secretary Rita Donovan voiced similar uncertainty.
“There’s no sense to this,” said Donovan, 63, of Nutley, New Jersey, while on a lunch break. “This time has reminded me of the bad time of the 1960s.”
And in Grandview, Missouri, Sean Hanan, a 48-year-old equipment operator, said the past few weeks’ events worry him that people are being split into opposing camps. Hanan lives on the same block south of Kansas City that Gavin Eugene Long, who killed three law enforcement officers in Baton Rouge, Louisiana, did when Long was in high school.
“Things are going a little bit crazy,” said Hanan, who’s between jobs. “Most people are just trying to feed their families and not get shot by someone with an ideological agenda.”
He added, “It’s all just starting to blur together.”  Adam Geller, AP