Bolsonaro heads to China amid looming question of Huawei deal 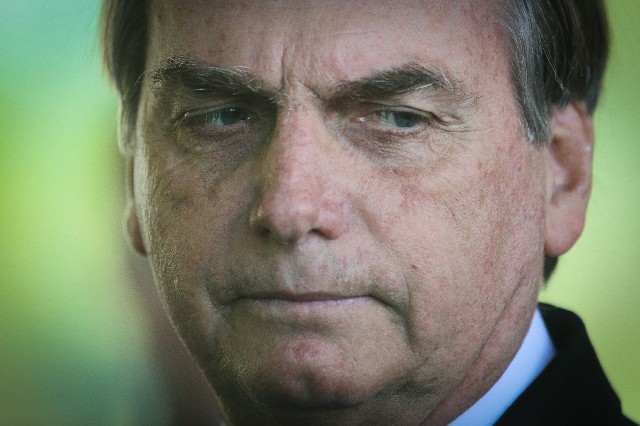 Brazilian President Jair Bolsonaro landed in China yesterday on a mission to strengthen relations with Beijing amid the looming question of whether the Latin American giant should allow Huawei Technologies Co. to build its 5G network.
Brazil has pulled off a rare and delicate balancing act between Beijing and Washington – its first- and second-biggest trading partners, respectively – and is currently one of the few beneficiaries of their trade war. An eventual decision on Huawei, however, risks alienating one of them, with the U.S. warning of consequences if Brazil gives the Chinese technology company the go-ahead.
China’s vast appetite for commodities helped drive up total trade between the two countries to $113 billion in 2018. The South American nation was China’s eighth-biggest trading partner last year.
Chinese companies also invest heavily in Brazil, which is seeking foreign investors to participate in its privatization program to accelerate its sluggish economic growth. While the president will be accompanied by his foreign and agriculture ministers for this week’s state visit, members of his economic team are set to come at a later date.
“The absence of senior economic advisers suggest there won’t be any major announcements besides a possible increase in commodity deals,” said Hussein Kalout, a Harvard University political scientist and one of Brazil’s leading scholars on international relations.
Around 40% of Brazilian exports, mostly commodities, head to China, according to the Brazilian Ministry of Foreign Affairs. Bolsonaro wants to not only boost these numbers, but raise the country’s export profile from commodities to higher-added-value products.
Read more: China May Allow More Brazil Meat Plants for Exports, Group Says
Bolsonaro has long been a fan of U.S. President Donald Trump and he expressed skepticism over Beijing’s investment prior to his election victory last year, saying the Chinese were allowed to “buy in Brazil, but not buy Brazil.” Bolsonaro, however, has since toned down some of his criticism and adopted a pragmatic approach.
In May, he sent Vice President Hamilton Mourao to smooth over any awkwardness with Beijing. While there, Mourao met with Huawei’s billionaire founder Ren Zhengfei and said that Brazil had no intention of restricting the firm’s activities in the country. The company has been active in Brazil for over 20 years.
“Since assuming office, President Bolsonaro has attached importance to relationship with China, we appreciate that,” Chinese Foreign Ministry spokesman Geng Shuang told reporters in Beijing last week while announcing the visit. A commentary published yesterday by China’s official Xinhua News Agency predicted the visit would “inject new vitality into bilateral cooperation and advance joint efforts in improving global governance.”
Huawei’s bid to build Brazil’s 5G network is widely expected to be discussed, although Bolsonaro told journalists in Japan on Tuesday that the issue wasn’t on his radar. Foreign Minister Ernesto Araujo recently said Brazil would choose its 5G partner soon.
After China, Bolsonaro is also set to visit the United Arab Emirates, Qatar and Saudi Arabia, where he’ll seek further investments from local sovereign funds in renewable energy, defense and infrastructure. Brazil also seeks to calm Arab countries’ anxieties over its unabashed support of Israeli Prime Minister Benjamin Netanyahu.
“The visit to the Gulf countries will demonstrate the possibilities of investment in Brazil and intensify relations after the president visited Israel,” Ambassador Kenneth Nobrega, the head of the Middle East department at the foreign ministry, told reporters in Brasilia. “The countries of the region are major buyers of Brazilian agribusiness and there are also great prospects for the export of defense material to the region.” Simone Iglesias & Samy Adghirni, Bloomberg