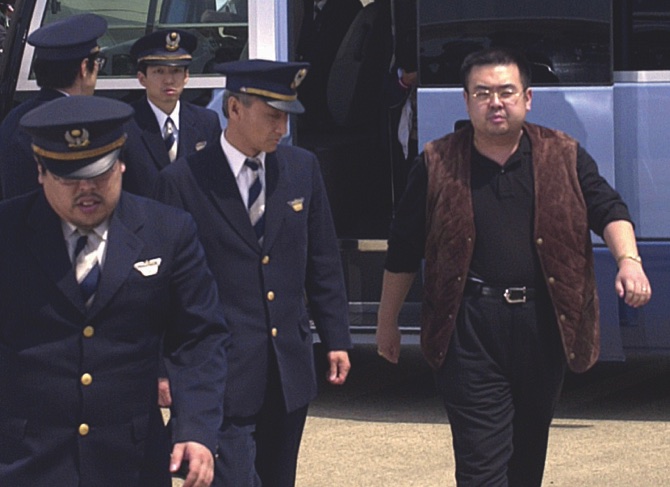 The Japanese author of a book about Kim Jong Nam, the North Korean leader’s half brother who was killed this week at a Malaysian airport, says Kim opposed his family’s hereditary rule and wanted economic reforms.

“I thought he was someone who has something meaningful to say, and perhaps bring change to North Korea,” Gomi said at a news conference in Tokyo on Friday.

Their seven-year relationship began in 2004 when Gomi met Kim Jong Nam by chance at Beijing’s international airport, leading to exchanges of 150 emails and two interviews in 2011 — one in Beijing and another in Macau — totaling seven hours, Gomi said.

“He was critical of the North Korean regime,” and said its hereditary leadership “does not agree with a socialist system, and the leader should be chosen through a democratic process,” Gomi said.

He said Kim Jong Nam appeared nervous during their 2011 interview in Macau.

“He must have been aware of the danger, but I believe he still wanted to convey his views to Pyongyang via the media,” Gomi said. “He was sweating all over his body, and seemed very uncomfortable when he responded to my questions. He was probably worried about the impact of his comments and expressions. The thought now gives me a pain in my heart.”

There is wide speculation that North Korea’s government was involved in Kim Jong Nam’s death. Kim Jong Nam said the Chinese government protected him in China and gave him a bodyguard, but did not do so elsewhere in Asia, Gomi said.

South Korea’s intelligence service says Beijing had long protected Kim Jong Nam, perhaps because it may have seen him as a future North Korean leader should the current government in Pyongyang collapse.