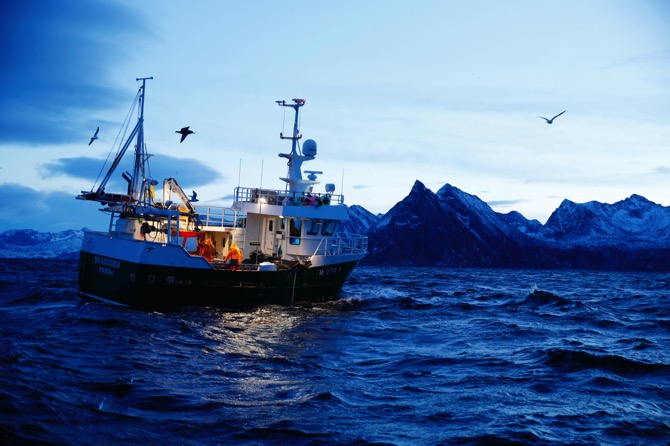 Ahead of a June 23 referendum on whether to quit the European Union, Britons are looking across the North Sea to Norway for clues on what life could be like outside the bloc.
The oil-rich Norwegians clearly have done OK. A free-trade deal ensures they enjoy almost the same access to the union’s giant market as had they been EU members. But to keep those trade ties smooth, Norway has had to adopt most EU directives, without having a say when they were decided in Brussels.
Here’s a look at the advantages and disadvantages Norway has faced from staying outside the union.

TRADE
Norway, Iceland and Liechtenstein belong to a small club of non-members that enjoy access to the EU’s huge single market, because they have signed up to the European Economic Area agreement. The relationship is economically fruitful: Some 84 percent of Norwegian exports go to the EU, and 62 percent of its imports are from the bloc.
For Britain to join this club, however, it would have to accept four EU-style freedoms: free movement of goods, services, people and capital. Also, Norway implements more than three-quarters of all EU laws without having a formal way of influencing how they’re drafted.
That is the opposite of what the supporters of a British exit from the EU, or Brexit, want.
“It is not just that we don’t influence the rules, we don’t understand why we have them. Rather than being involved in drafting new rules, we have to spend time asking what the last one was all about,” says Paal Frisvold, a Norwegian who is managing director of Geelmuyden Kiese Brussels, a lobbying firm for Scandinavian companies.

IMMIGRATION
After the 2004 EU expansion into Eastern Europe, Polish plumbers came to symbolize the arrival of cheap labor into British towns. Supporters say Britain has benefited from their arrival, citing studies showing EU migrants contribute more to British coffers in tax than they take out through benefits. Critics argue their arrival puts a strain on housing and services and keeps a lid on wages, penalizing poorer Britons.
Whatever the merits, following Norway’s example on this issue wouldn’t satisfy the concerns of the supporters of a British EU exit, as Norway has more EU migrants than Britain relative to population size. That’s because Norway has signed on to the EEA, and unlike Britain, it’s a member of Europe’s passport-free Schengen zone, which makes it easier to enter Norway than Britain. 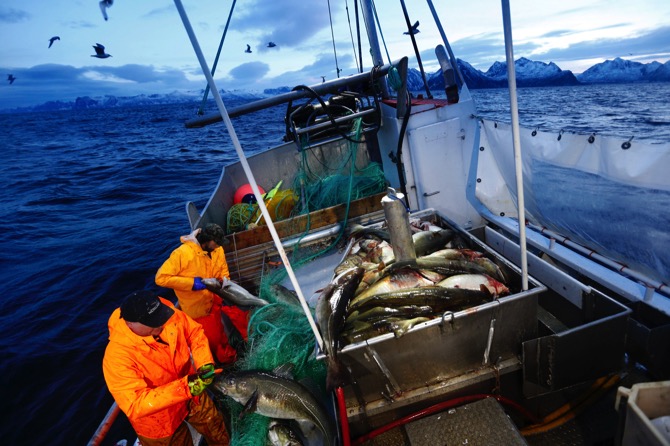 File photo of Jan Gunnar Johansen and Trond Dalgard as they fish for cod from the vessel Buaodden in the Norwegian Sea near Gryllefjord, northern Norway

FARMING
Norway is not part of the EU’s Common Agricultural Policy, which subsidizes farmers and guarantees tariff-free trade across borders. The share of the EU budget earmarked for agriculture has fallen from 73 percent in 1980 to around 40 percent today but the policy remains a bugbear for many Brits who bristle at propping up the rural lifestyle of French and Polish farmers.
Oslo does not subsidize foreign agriculture. But tariffs for EU produce are high, which feeds through to pricey supermarket bills. And what Norway saves in EU subsidies is more than offset by lavish support to its own farmers. According to the Organisation for Economic Co-operation and Development, subsidies account for more than 60 percent of their income. British farmers fear their government would not be so generous. Supporters of a so-called Brexit argue it should be up to Britain to decide.

FISHERIES
Norway doesn’t have to share its lucrative fishing waters with EU nations. The Common Fisheries Policy, which divvies up European waters and sets limits on how many fish can be caught, was a big reason why the seafaring country voted “no” to EU membership in 1972 and 1994.
Plentiful stocks of cod and other white fish suggest it can happily manage its own waters.
Fishermen in northern Norway say the industry supports many small coastal communities that would have struggled if they had to compete with foreign trawlers in their own waters.
“Maybe nothing would be left for these small societies,” said Paul Jensen, a fisherman from the village of Ersfjordbotn. “Only snow and ice and skiing.”
But being outside the EU also means Norway has to pay tariffs to sell its fish to European consumers. The tariffs ratchet up for smoked or other treated products. So Norwegian fish farmers often choose to export untreated salmon to EU member Poland and smoke it there instead.

FOREIGN POLICY
Norway felt the sting of being alone when China punished it for the Norwegian Nobel Committee’s decision to award the Nobel Peace Prize to Chinese dissident Liu Xiaobo in 2010.
Even though the government has no say over the independent panel’s choices, work on a trade deal was suspended, visiting diplomats were humiliated, and Norwegian salmon faced sudden restrictions at Chinese docks.
Had Norway been part of the EU, Beijing could have faced retaliatory measures from the entire bloc. Being on its own meant it had to suck it up.
As a bigger country and permanent member of the U.N. Security Council, Britain has more clout on the world stage. But leaving the EU would mean losing its seat at the table when important issues are discussed in Brussels.
This has happened to Norway during the standoff between Russia and Ukraine or the free trade deal that the EU is negotiating with the U.S.

COST
Norway doesn’t pay the EU’s annual membership fee. But it does pay into a social fund which aims to raise the economic and social standards of poorer EU nations. It also coughs up for the EU-wide programs it uses, such as Horizon 2020 and Erasmus, which cover research and higher education.
Norway funds these programs based on the size of its economy. They will cost an average of 447 million euros per year until 2020, making Norway the EU’s 10th largest contributor, according to The Confederation of British Industry.
“The negotiators have done a reasonable job of securing a deal for Norway. I would say we have not always been good enough at taking advantage,” says Kristin Skogen Lund, head of the Confederation of Norwegian Enterprise. Mark Lewis, Stavanger, AP