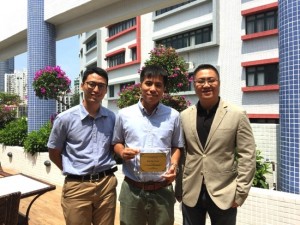 Ip Chi Wai, a Master’s student from the University of Macau’s Department of Electromechanical Engineering, recently won a best paper award at the Third International Symposium on Engineering and Natural Science, for his dissertation entitled ‘Experimental Investigation of the Effect of Ultrasonic Inlet Flow on Heat Transfer inside the Horizontal Mini-Tubes’. 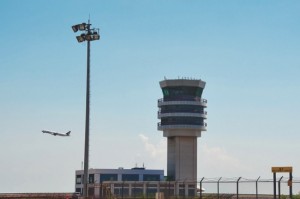 Airport landing safety to be improved

The Civil Aviation Authority of Macau (AACM) plans to release a report aimed at improving aircraft landing. The report should be released by the end of this year and comes after several Macau-bound flights have been forced to land in neighboring cities due to harsh weather conditions. According to AACM, technical improvements can be introduced in order for aircrafts to be able to withstand harsher weather conditions.

It may not be a good idea, in the midst of the current gaming sector revenue downturn, to extend the current amount of maternity leave provided and adopt a paid paternity leave scheme, Melinda Chan has argued. According to the lawmaker, to introduce the measure now might pose a significant challenge for small companies. Ms Chan has presented a review of her work as a lawmaker one month before the new legislative year starts. She says that her main concerns were medical issues, housing, education and pension funds for the elderly.