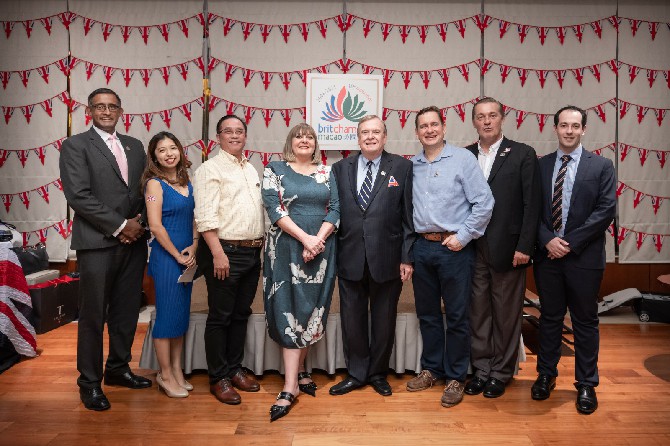 Celebrating its 15th anniversary, the British Chamber of Commerce in Macao (BritCham Macao) has relaunched its Environmental Committee, BritCham Macao’s chairman Keith Buckley said.
The entity held a cocktail reception to celebrate its 15th anniversary last Thursday at the Artyzen Grand Lapa Macau. Buckley revealed the information on the sidelines of the occasion.
In recent years, sustainable development, environmental protection, and global warming have become heated topics around the globe. Due to various challenges, BritCham Macao had to suspend its aforementioned committee. Nonetheless, this year, with timely support and relevant resources, the entity has decided to restart the initiative.
The entity regularly organizes familiarization tours around a variety of public and private entities in and out of Macau. According to Buckley, tours to entities with a focus on their eco-friendly efforts will be held from time to time.
“[In addition] we’ll have speakers to talk about sustainability,” Buckley outlined. “We’ve had a couple of trips around casinos [resorts] to look at their efforts in sustainability.”
Many resorts in Macau have commenced eco-friendly initiatives, such as the installation and use of solar power panels.
Mark Clayton, vice-chairman of the BritCham in Guangdong, China, appeared at the occasion as a special invited guest. He discussed how businesses in the province were revived amid the Covid-19 pandemic.
“The pandemic didn’t last for very long in Guangdong,” Clayton recalled. “What I saw was that businesses were actually increasing [trade] quite well.”
He added that, due to the pandemic, many factories around the world had to close down. Some investors decided to move their businesses into mainland China.
“A lot of raw material business and textile business was on shoring back to China,” Clayton said. “Many factories that were reopening had to expand their scale, especially those in South China.”
Talking about the 15th anniversary milestone, the BritCham Macao chairman recapped how the entity has worked closely with the local community.
“Over the last 15 years, our Chamber has championed business interests from the U.K. and the Macau SAR, helping to cultivate commercial relationships brimming with vitality and opportunity,” Buckley recounted.
The celebratory event concluded with musical performances, a lucky draw, and plenty of mingling, drinks, and canapés.