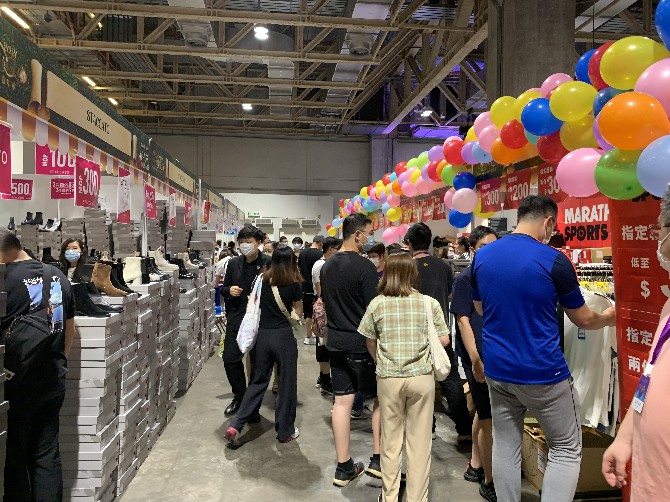 Sands China Ltd kicked off the 2021 Sands Shopping Carnival on July 23. The group’s president Wilfred Wong expects the three-day retail mega-festival to have concluded with high visitation.
Given the new Covid-19 case reported in Zhongshan on July 22, Wong vowed during the opening ceremony last Friday that the conglomerate would stay highly cautious and implement all required anti-pandemic measures to minimize contagion risks during the event.
After its debut in 2020, the Sands Shopping Carnival launched its second edition this year. It took place from July 23 to 25 at The Venetian Macao’s Cotai Expo Halls A and B.
The group aims to develop the mega-event into a “brand” in Macau, which will not only help boost local consumption but also be a go-to place for locals during the summer holiday, Wong said.
This year’s event featured more than 560 booths, up 10% compared to last year. All the booths were provided to exhibitors by the group for free.
Other key highlights included a string of competitive deals offered by retailers, Karaoke King Singing Competition 2021, and more.
Abundant family-friendly elements dotted the event as well, including the Little Master Chef Workshop, a food-prep and decorating activity provided free for children. It was led by the group’s culinary team.
There were nine exhibition zones at the venue, including: Household Products, Parenting and Family, Gourmet, Food Court, Sands Retailers, Cultural & Creative, Kids Area, and two new zones Green Lifestyle and Macao Original IP.
“We are glad to once again provide a quality business platform – spanning diverse industries and fields such as distinctive shops, old Macau stores, IP-protected brands and food specialties – for local SMEs and Sands retailers amid the pandemic, thereby helping promote Macau’s image as a ‘safe tourist destination’,” Wong stated.
The Shopping Carnival is also co-organized by the Macao Chamber of Commerce, supported by the Economic and Technological Development Bureau, the Macao Government Tourism Office, and the Macao Trade and Investment Promotion Institute.
The opening ceremony was officiated by key officials, such as Zuo Xianghua, deputy director general of the Economic Affairs Department of the Central People’s Government Liaison Office in the Macao SAR, and director of the Macao Government Tourism Office Maria Helena de Senna Fernandes.
The group registered upwards of 100,000 visitations during last year’s shopping carnival.