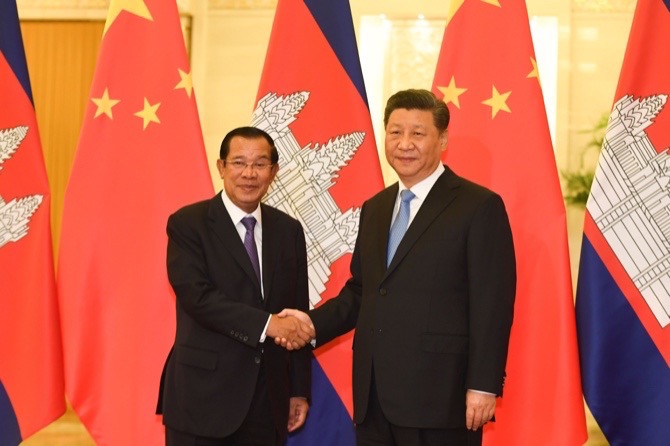 Cambodian Prime Minister Hun Sen yesterday strongly denied that he was allowing China to set up a military outpost in the Southeast Asian nation, after a news report alleged that the two nations signed a secret pact allowing Beijing exclusive use of a naval base on the Gulf of Thailand.

Hun Sen told the pro-government Fresh News website that the report by The Wall Street Journal was “the worst distorted news,” and that Cambodia had never discussed with China setting up a base.

“No such thing happens. Foreign military base is against Cambodia’s constitution,” Fresh News quoted Hun Sen as saying.

The Journal’s report said an early draft of the reputed agreement seen by U.S. officials would allow China use of the Ream naval base for 30 years, where it would be able to post military personnel, store weapons and berth warships.

Basing rights would extend Beijing’s strategic military profile considerably, and tilt the regional balance of power in a manner that would put pressure on adjacent countries belonging to the Association of Southeast Asian Nations whose security concerns are currently aligned more closely with the United States.

“What I want to say is that China and Cambodia are traditional friendly neighbors,” he said. “The two sides have carried out comprehensive cooperation in various fields. The cooperation between the two sides is open and transparent, mutual benefit and equal. I hope that relevant parties should not overinterpret it.”

Speculation about a possible Chinese base began circulating last year, though early accounts were vague and poorly sourced.

The concern about Chinese facilities in southern Cambodia is heightened by the presence of a huge resort project being built at Dara Sakor, about 64 kilometers northwest of the naval base, that includes what would a runway capable of handling military aircraft. China’s Union Development Group was granted a 99-year lease on the 45,000-hectare concession.