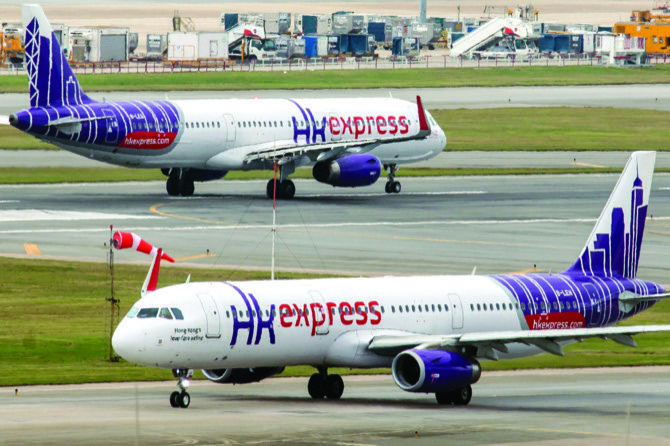 An announcement on the acquisition of Hong Kong Express Airways Ltd. is expected to be made as early as today, the report said, adding that the sources didn’t elaborate on details including financial terms. Cathay shares rose as much as 3.3 percent to HKD13.76 in early trading in Hong Kong.

Cathay is embracing a market segment it previously rejected, partly because demand on some of its routes has switched to budget carriers. The Asia Pacific region’s burgeoning market will probably see the largest increase in air traffic worldwide, with almost 4 billion passenger journeys expected in the next two decades.

Cathay is on the last leg of a three-year transformation program to turn its fortunes around amid increasing competition from China and budget carriers. Bloomberg