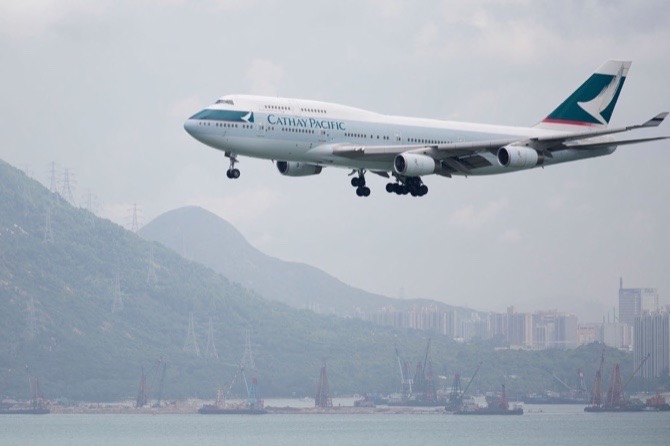 Cathay Pacific Airways Ltd. said it fired two crew members at a unit as part of an investigation into why depleted emergency oxygen bottles are turning up on its flights.

Cathay Dragon detected an emergency oxygen bottle in a “low-pressure state” on a Sept. 21 flight to Hong Kong from Kuala Lumpur, it said in a statement yesterday. All cabin crew have been suspended to facilitate the probe, according to the statement.

In the latest incident, the depleted bottle was identified during a routine inspection, Cathay said. The case was reported to the Hong Kong police and the city’s civil aviation department.

Cathay has come under close scrutiny during the pro-democracy protests that have been running since early June in Hong Kong. The Chinese government clamped down on the airline and demanded it punish staff who took part in or publicly supported the demonstrations.