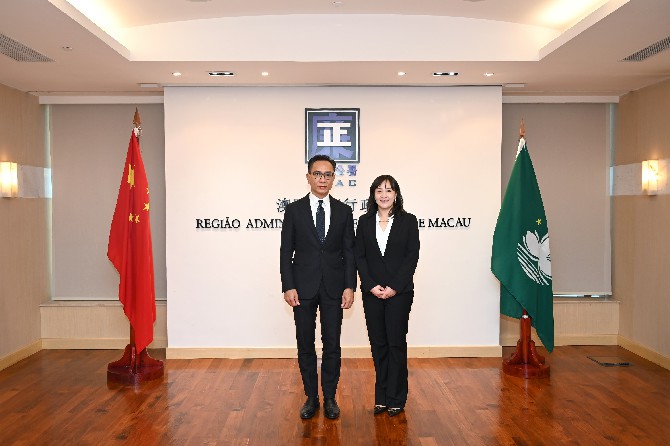 The deputy commissioner Lam In Sang took office yesterday and will serve as the director of the Ombudsman Bureau concurrently.
The oath-taking was administered by the Commissioner Against Corruption’s (CCAC) head Chan Tsz King. Chan hoped that Lam will lead the Ombudsman Bureau to do its utmost in the discharge of its duties and to continue to serve the community, according to a statement issued by the CCAC.
The inauguration ceremony, held at the meeting room of the headquarters of the CCAC at Golden Dragon Centre, was attended by the leaders and chiefs of the CCAC.
The corruption watchdog head hoped that the personnel of the Ombudsman Bureau will support the leadership of Lam In Sang and implement the policies and measures of the CCAC. He also expressed the hope that all the personnel of the CCAC will work together to plan ahead for the work in the coming year.
The Chief Executive order, which appoints Lam In Sang as deputy commissioner of the CCAC, was published on the Official Gazette yesterday morning. LV