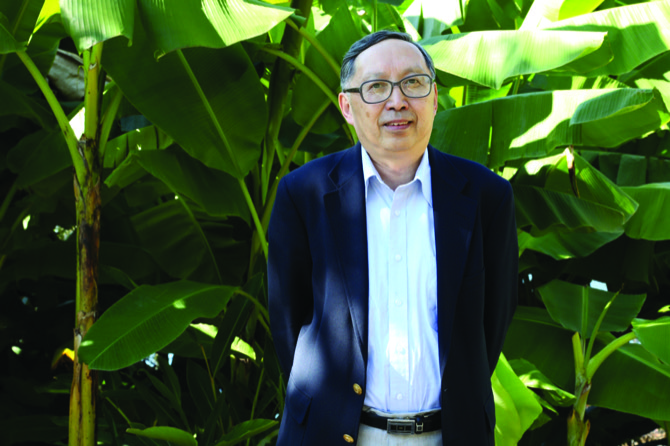 Philosopher Chen Lai has been invited to be the speaker at the “Lectures by Masters of Culture” organized by the Cultural Affairs Bureau (IC).

This year’s lecture, “The System of Values and World Vision of Chinese Culture – The Globalization Perspective,” will be held on Sunday (November 4) at 3 p.m., at the Auditorium of the Macao Polytechnic Institute.

Chen Lai is one of China’s most influential contemporary philosophers and thinkers, currently the director of the Tsinghua Academy of Chinese Learning and Professor of the Department of Philosophy as well as being a member of the Central Research Institute of Culture and History. Mentored by the masters in Chinese studies, Zhang Dainian and Feng Youlan, Professor Chen is the first Doctor of Philosophy in China, specializing in the history of Chinese philosophy, the philosophy of Confucius, Neo-Confucianism in the Song, Yuan and Ming dynasties and modern Confucianism.

Chen was one of the two selected winners around the world of the “Confucius Award” in 2016; the winner of the “Global Chinese Ceremony Achievement Award for Chinese Studies” in 2014 and 2016; the recipient of the “Zhang Shiying Aesthetics Philosophy Academic Award” in 2017, which is the highest honour in the field; and received the “Huilin Prize for Culture” in 2018 for the international dissemination of Chinese culture.

In this lecture, Professor Chen will introduce the principles of benevolence, the Confucian code of conduct, sense of responsibility and community standards that stand out as core values of Chinese culture, as well as the imagination and practice of a virtuous world, explaining that its values were not only widely accepted in East Asia’s pre-modern era, but are also complementary to today’s Western contemporary values, with real universal meaning to the establishment of a community related on an international level, of political cooperation and a world of harmony.

The IC launched the “Lectures by Masters of Culture” programme in 2013, inviting world famous scholars, artists and individuals from cultural circles to host lectures and talks in Macau.

The lecture will be conducted in Mandarin, with simultaneous Portuguese interpretation available. Admission is free.