Chief Executive Election | Distance from casino firms a plus for Beijing 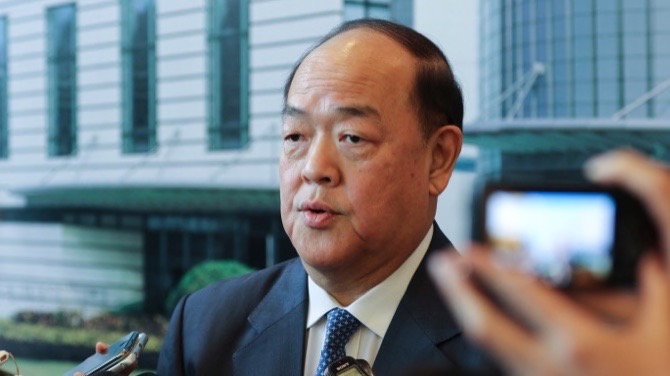 Macau’s only declared candidate for Chief Executive might be viewed favorably by Beijing because of a lack of direct links with the city’s dominant casino industry, reports GGRAsia.

The 61-year-old Ho Iat Seng, current chairman of the Legislative Assembly, last week confirmed his intent to run for the top post. He is not related to Edmund Ho, Macau’s first chief executive, nor Stanley Ho, the gambling monopolist of the pre-liberalization era.

Though Ho currently stands unopposed, there is a great deal of speculation that this year, for the first time since the 1999 election, there will be more than a single name put forward for Chief Executive.

Among the possible contenders is Secretary for Economy and Finance Lionel Leong, Secretary for Social Affairs and Culture Alexis Tam and Secretary for Security Wong Sio Chak – even as the latter has stated he does not intend to run. A member of Macau’s influential Ma clan might also be put forward as a candidate.

Whoever takes up the mantle, it will be during their term that the details of the gaming concessions will be resolved. Following extensions granted to SJM Holdings and MGM China earlier this year, all six concessionaires will see their licenses expire in 2022.

“One of the most challenging tasks that the new Chief Executive has to face is to lead the rebid process regarding Macau’s gaming concessions, and to decide if the city should accommodate any new concessions,” political commentator Larry So told GGRAsia.

“An advantage that Ho [Iat Seng] has is that he has a background as a businessman, but he has no direct [business] relation with the gaming industry,” he said. “So in Beijing’s eyes, Ho is in an objective position to lead on the city’s gaming affairs.”

Analyst Ben Lee, managing partner of IGamiX Management & Consulting, said that Beijing may want a fresh face leading the second phase of Macau’s gaming industry. Lee told the Times that the Central Government is disappointed with the way the gaming industry is structured in Macau – “50% controlled by U.S. interests and almost a monopoly on Macau’s economy and labor force” – and that it might back a candidate more responsive to the “constant calls for diversification [that] have achieved very little.”

It is an opinion echoed by former Chief Executive candidate Stanley Au, who this week said that Ho’s distant relationship with the gaming industry made him suitable for the role.

But for other analysts, Ho’s lack of experience in gaming might be a disadvantage.

Sérgio de Almeida Correia, a Macau lawyer with a specialist knowledge of gaming-related topics, told GGRAsia in an interview that “in terms of casino gaming issues, [Ho] also has no experience whatsoever.”

Moreover, it is “incomprehensible that, at a really important moment for the future of Macau, [Ho] dismissed the Legislative Assembly’s most experienced legal advisor on gaming issues,” added Correia, referring to Paulo Taipa, who was dismissed along with veteran legal advisor Paulo Cardinal last year.

Taipa was “the only one who participated since the very first moment in drafting all the casino gaming legislation and followed the previous international tender.”