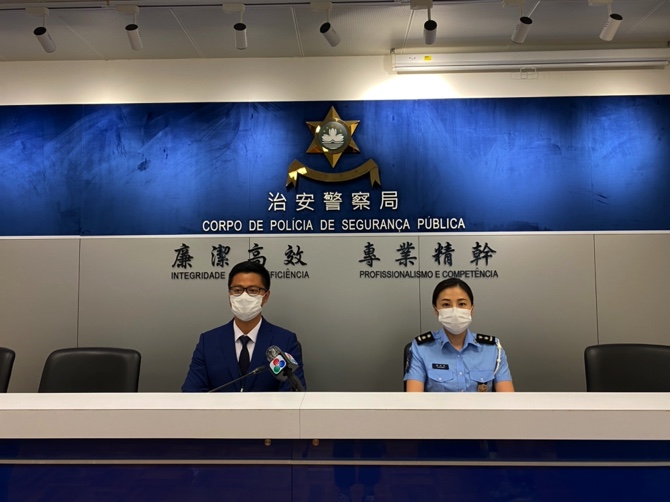 The Judiciary Police (PJ) have arrested a non-local female employee in an alleged child abuse case in a childcare facility, in which a child’s left arm was allegedly dislocated.

The female suspect, surnamed Padre, is in her 30s and is a Filipino childcare worker.

According to the PJ, they received a report on September 17 that a child had been hurt in a childcare facility at Rua Central da Areia Preta, and that the child’s left arm had been dislocated.

The PJ arrived at the childcare facility and examined the facility’s closed-circuit television (CCTV) system.

The CCTV showed a two-year-old child pushing chairs in the classroom. The suspect stopped the behavior by lifting the child with both hands from behind and moving the child to one side.

The PJ added that, in the video, when the suspect lifted the child down, the child’s left arm seemed to be drooping.

Authorities therefore believed the suspect’s behavior may have caused the child’s injury. In addition, no other injury was found.

The PJ took the suspect and a witness from the childcare facility on September 19 for investigation.

During the investigation, the suspect admitted to the relevant behavior, but claimed she had not noticed the child was hurt.

The PJ said that, according to the forensic report, the child’s injury meets the conditions of common assault, causing harm to bodily integrity.

The suspect has been charged with the offence of common assault causing harm to bodily integrity and her case has been referred to the Public Prosecutions Office.

The matter was first unearthed on Monday when a woman alleged she suspected her son’s left arm had been dislocated while he was at the childcare facility.

The police and the Social Welfare Bureau followed up on the case. Staff Reporter