China loses a friend – and leverage – with Kim’s murder 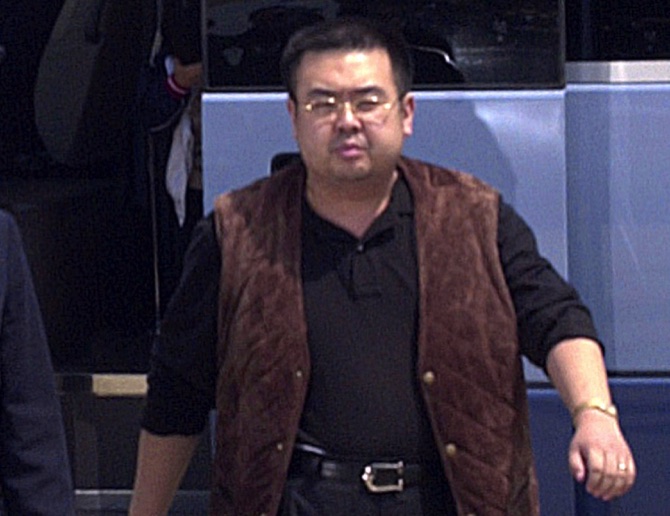 The mysterious death of Kim Jong Un’s half-brother removed a potential avenue for China to press the North Korean leader to rein in his nuclear ambitions.

Kim Jong Nam, 45, lived out of North Korea for many years and had close links to China. He started families in both Beijing and Macau, and had the protection of Chinese authorities, according to a South Korean lawmaker who was briefed on intelligence reports.

His murder at an airport in Malaysia this week in circumstances akin to a spy novel adds to concern that Pyongyang’s actions risk a major geopolitical miscalculation. Kim Jong Un’s repeated nuclear and missile tests – most recently on Sunday – have caused unease both in the U.S. and China, and put Beijing in a difficult spot as North Korea’s prime benefactor and ally.

While Kim Jong Nam was out of favor in Pyongyang for years before he was murdered – his brother reportedly had a standing order for his execution – he would have been a potential replacement for Kim Jong Un, and was an implicit point of leverage for China while he was alive.

“Kim Jong Un has been testing China’s patience,” said Deng Yuwen, a public affairs commentator in Beijing and a former deputy editor of a journal of the Communist Party. “If Beijing wouldn’t want to see the total collapse of the Kim regime, it would hope for the replacement of Kim Jong Un. This is why Kim was increasingly worried about his half-brother.”

Beijing provides most of North Korea’s food and fuel. The nations had solid relations from the 1950s, when they fought together in the Korean War. Leaders from both countries often say they have a bond built with blood.

Still, ties became strained after Kim’s ascension in 2011, a year before President Xi Jinping took power in China. The two have never met as leaders. High-level dialogue was also cut back after the 2013 execution of Kim’s uncle Jang Song Thaek, who was an advocate for Chinese-style economic reform in North Korea and had been the major go-to person for leaders in Beijing. Kim Jong Nam was raised by Jang’s wife.

China has watched North Korea’s nuclear development with concern. Its leaders released a new list of items banned for export to North Korea in January, to comply with a new round of United Nations sanctions and address international criticism.

Trade data show that relations have cooled. Total commerce has fallen for two straight years to USD5.4 billion in 2016, according to numbers released by China’s Ministry of Commerce.

Even so, it would be hard for China to totally abandon North Korea, which it has long seen as a geopolitical buffer to U.S. forces, said Yang Xiyu, former director of the China Foreign Ministry’s Office for Korean Peninsula Issues. China is wary that the U.S. and South Korea will view the murder as a sign of internal instability in North Korea and seek to challenge Kim further, he said.

Kim Jong Nam was seen in Beijing as an elite who envied the success of China’s economic reforms, Yang said. The eldest son of former dictator Kim Jong Il reportedly traveled with his father in 2001 to Shanghai, a coastal city that spearheaded China’s market reforms, and met with senior officials in information technology. Bloomberg

China is continuing to observe events following the death of Kim Jong Nam, a foreign ministry spokesperson said yesterday. “We are aware of relevant reports and will continue to keep an eye on any developments,” spokesperson Geng Shuang said at a daily press briefing when asked about the murder of Kim in Malaysia. The DPRK Embassy in Malaysia confirmed that a 46-year-old man holding a DPRK passport under the name Kim Chol was Kim Jong Nam.  Asked whether Kim’s death would affect relations between China and the DPRK, Geng said that the two countries are friendly neighbors and have a tradition of friendly exchange