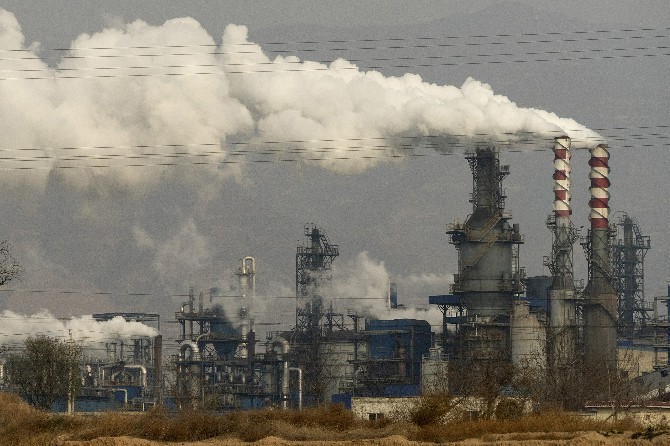 Chinese power companies bid for credits to emit carbon dioxide and other climate-changing gases as trading on the first national carbon exchange began Friday in a step meant to help curb worsening pollution.
The official Xinhua News Agency said the experimental first phase of carbon trading at the Shanghai Environment and Energy Exchange includes some 2,000 companies in the power industry that produce about 40% of China’s emissions.
Over time, other major emitters will be added, such as airlines, the building materials industry and iron and steel makers.
China is the biggest carbon emitter, but President Xi Jinping said last September that output should peak in 2030 and then decline. He said China should achieve “carbon neutrality,” or zero total output after measures to remove carbon or offset emissions are counted, by 2060.
The ruling Communist Party has resisted adopting any binding limits on carbon emissions, saying China has to focus first on economic development.
At the Shanghai exchange, companies will be assigned emissions quotas and can sell the surplus if their output comes in under that level, Xinhua said. The goal is to create financial incentives for companies to reduce emissions.
To start, the market should have “modest transaction volumes and prices” because companies have plenty of credits and there is no cap on emissions, Eurasia Group said in a June 26 report.
China has had regional carbon trading markets as pilot projects for several years.
Earlier, European power utilities and other companies paid for Chinese polluters to add wind, hydro and solar generating capacity in exchange for being allowed to increase their own emissions. The European Union ended that after it failed to slow the rise of Chinese emissions.
The carbon market is unlikely to deliver immediate reductions, said Cory Combs, an analyst with consultancy Trivium China.
“This first year is about getting the process working,” he said on a webinar this week. “The goal is to get this thing right, because if they get it right, then for the next 40, 50 […] years to come, this can be a huge player.”
The European Union unveiled a proposed revamp of its emissions trading program this week as part of sweeping legislation to cut emissions of gases that cause global warming. MDT/AP