Yujing Zhang’s desire to meet President Donald Trump and his family turned the Chinese businesswoman into an American felon.
A 10-woman, two-man federal jury convicted Zhang yesterday [Macau time] of trespassing at the president’s Mar-a-Lago club in March and lying to Secret Service agents. The 33-year-old Shanghai consultant faces up to six years in prison when District Judge Roy Altman sentences her Nov. 22.
Zhang, who acted as her own attorney after firing her public defenders in June, showed no reaction when the verdict was read. She then spoke calmly with federal marshals, discussing what would happen with her legal papers. She smiled at her standby public defenders and was led back to jail.
Prosecutors and Zhang’s standby attorneys declined to comment. Jury forewoman Shelly Hoffman said only, “You heard our verdict.”
Zhang’s troubles began in February when she paid $20,000 to “Charles,” a man she knew only online, to attend a Chinese-American friendship event at Mar-a-Lago on March 30. It included a promised photo with the president or a member of his family, evidence showed. Such meet-and-greets are common during events at Mar-a-Lago, the exclusive club Trump has run since 1995 on the grounds of a 1920s mansion built by cereal heiress Marjorie Merriweather Post.
Zhang’s former public defenders believe “Charles” is Charles Lee, a Chinese national who ran the United Nations Chinese Friendship Association. It is not affiliated with the U.N. He was photographed at least twice with Cindy Yang, a Republican donor and former Florida massage parlor owner who organized Mar-a-Lago events.
Zhang’s decision to represent herself frequently frustrated Judge Altman during pretrial hearings and the trial and he often beseeched her to use her public defenders. She sometimes spoke well in English, but other times relied on her Mandarin interpreters. At one point she claimed she couldn’t fully understand Mandarin because she hadn’t spoken it much in six months, but Altman found that claim ridiculous.
Still, the former federal prosecutor appointed by Trump earlier this year frequently tried to help Zhang navigate the trial by stepping in where defense attorneys normally would. For example, he ordered prosecutors to reword questions and he stopped an FBI translator from noting a stamp on the contract Zhang signed with Charles contained the initials of the Chinese Communist Party, a potentially prejudicial but irrelevant revelation. MDT/AP 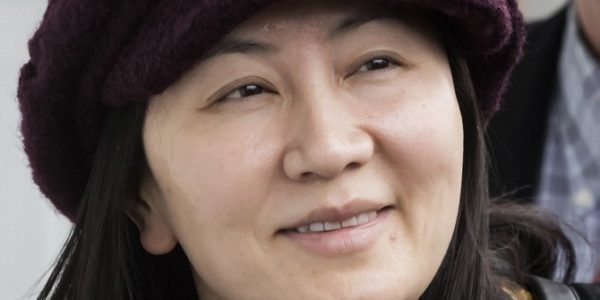