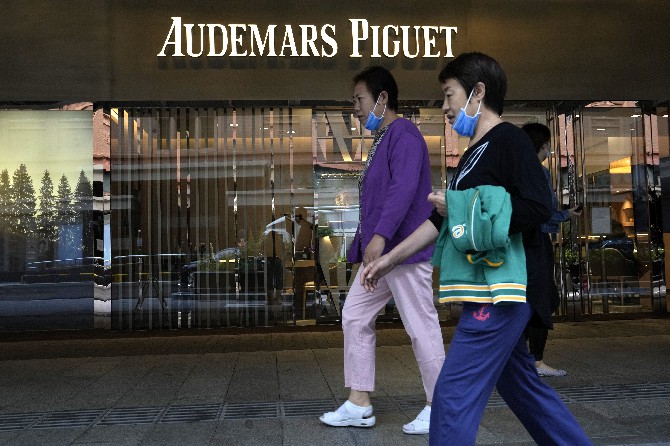 Chinese singer and actor Lu Han, a former member of popular K-pop boy band EXO, said last weekend he would cut ties with Swiss luxury watch brand Audemars Piguet after its CEO referred to Taiwan as a country in an interview.
China, which claims Taiwan as its territory, objects to any reference to the self-governing island as a country. Under the one-country policy, other countries have diplomatic relations with either China or Taiwan, but not both.
In a video circulating online, the watch brand’s CEO François-Henry Bennahmias referred to Taiwan as an “ultra-modern, high-tech country” in an interview.
Lu has been an ambassador for Audemars Piguet since 2018. A statement posted by Lu’s studio said he and his team urged the watch brand to apologize in both Chinese and English but failed to reach an agreement with the company, leading Lu to cut ties.
“National interests are above all else, Lu Han and Lu Han’s studio will defend national sovereignty and territorial integrity,” the statement read.
It wasn’t immediately clear what the source of their disagreement was. Audemars Piguet on Saturday had posted a Chinese statement on Weibo apologizing for its error.
“We apologize for the recent incorrect statement. Audemars Piguet has always adhered to the one-China position and firmly safeguarded China’s national sovereignty and territorial integrity,” the statement read.
Celebrities in China are often pressured to conform to values espoused by the Chinese government or face repercussions.
Celebrities such as Fan Bingbing and Zheng Shuang have been fined heavily for evading taxes, and popular actress Zhao Wei last week had her name removed from credits of films and TV shows she had starred in without explanation.
In March, over 30 Chinese celebrities cut ties with brands such as Nike, H&M and Adidas after state media criticized the brands for expressing concerns over the use of Xinjiang cotton following complaints of abuse and discrimination against ethnic minorities in the region.
More than 1 million members of the Uyghur and other predominantly Muslim ethnic minorities have been confined to detention camps in Xinjiang, according to foreign governments and researchers. MDT/AP