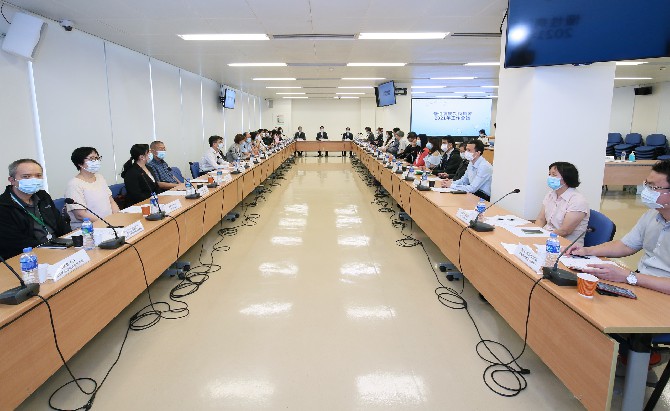 The Committee for the Prevention and Control of Chronic Diseases (CPCDC) has met to address the local challenges in the prevention and control of chronic diseases.
In the meeting, the committee considered both international and local data in deciding on strategies to combat the “main four”, which are the four main chronic diseases that cause death in Macau.
According to data from the Statistics and Census Service, in 2018, there were 1,471 deaths in Macau resulting from these diseases, including malignant tumors, cardiovascular diseases, diabetes, and chronic respiratory diseases.
In total, the “main four” represent over 71% of deaths in Macau, a figure which according to the committee follows the international trend.
According to the same data, 40.7% of these deaths were considered premature since they occurred at an earlier age than the average life expectancy.
This fact prompted the CPCDC to conclude that the prevention and control of chronic diseases continue to be its main priority as it was defined 12 years ago when the CPCDC was created.
In this sense, the committee will focus on intervening in serious diseases, especially the early detection of chronic diseases, and also the education of different groups of residents to reduce the incidence of chronic diseases.
In the meeting, the deputy chairman of the CPCDC and the director of Health Bureau, Dr. Alvis Lo noted that not only do chronic diseases pose a serious threat to people’s lives but they also cause several physical disabilities which result in the degradation of the quality of life.
Additionally, these diseases overburden the medical system and the social economy, which is considered worldwide to be one of the main health challenges of the 21st century.
To address these challenges the committee is implementing a series of measures aimed at fighting the main chronic diseases, including cancer, cardiovascular diseases, diabetes, respiratory diseases, and dementia, mitigating their risks, and promoting healthy lifestyles.
A mobile application has been created, allowing users to assess their own health condition using questionnaires, encouraging them to pay attention to their health and create a healthy lifestyle.
According to data from the World Health Organization, of the 57 million deaths worldwide in 2016, about 41 million results from non-communicable diseases, that is, diseases that cannot be transmitted directly from one person to another, representing about 71% of the total. Of these, about 15 million deaths are of people aged between 30 and 70 years old.