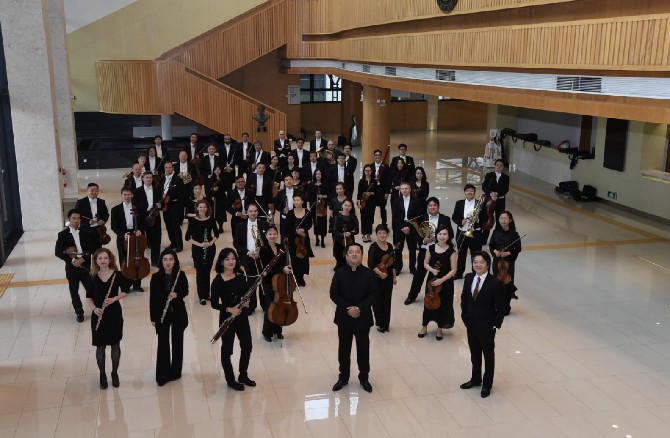 The city’s two public orchestras will be privatized in the future to allow for swifter adjustment and reaction to market demands, Mok Ian Ian, president of the Cultural Affairs Bureau (IC), said at a recent Executive Council (ExCo) press conference.
The privatization will take effect January 1, 2022.
Mok emphasized that privatizing the Macao Orchestra and the Macao Chinese Orchestra will give them “greater chances of development […] such as performing overseas on behalf of the city.”
Running the orchestras under the government, by contrast, produces some conflicts, because operations need to follow public administration procedures.
Privatizing the orchestras will also help improve the quality of performance and the cultivation of talent, Mok implied.
As with many corporations in the city — such as the Macau International Airport Co. Ltd., the Macao Light Rapid Transit Corporation, Ltd. and public broadcaster TDM — the orchestras shall operate as public-financed companies.
The Cultural Fund and the Cultural Industry Fund will be combined into the Cultural Development Fund.
The subsidization budget of the fund for next year will be MOP224 million, with about MOP13 million from the Cultural Fund and MOP38 million from the Cultural Industry Fund included. AL